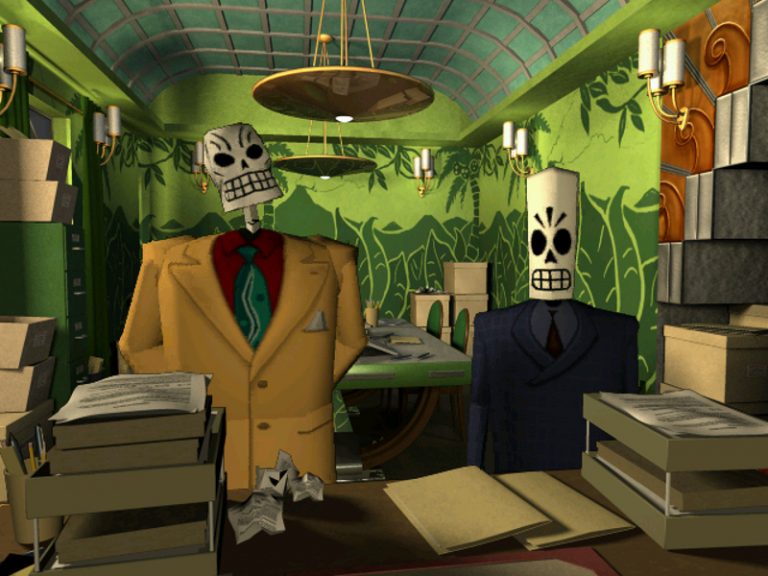 Sony made a surprising announcement during its E3 conference, namely the reissue of the popular Tim Schafer's Grim Fandango on PlayStation 4 and PS Vita.

Originally released in 1998 on PC, Grim Fandango is one of the last great adventure game from studio LucasArts. Despite a clear critical success, the game from Tim Schafer has not accumulated good sales. After sixteen years of absence, Sony has announced the return of this game on PS4 and PS Vita.

It will be a remake in high definition that will be developed by Double Fine, Tim Schafer's studio. For now, details on the improvements that will be made have not been mentioned, but there is a safe bet that the gameplay will be slightly revised for a more comfortable grip.

Recall that Grim Fandango highlights Manuel Calavera, a skeleton that will atone for his sins by becoming a travel agent in the country of the dead.