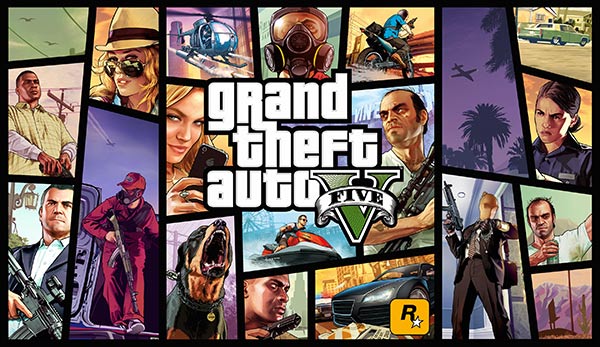 Announced as part of the E3 on Steam, GTA V has just appeared on the download platform of Steam. Some details are highlighted, including various improvements deployed for this edition.

Long hoped by players, Grand Theft Auto V (GTA V) was finally announced on PC, Xbox One and PlayStation 4 during E3 2014 this week. The first trailer released for the occasion clearly indicates that the visual rendering is improved significantly compared to drafts of PS3/Xbox 360 (a video comparison reveals differences).

We learn that in addition to the higher resolution for consoles and more detailed graphics, the game will have more traffic, better depth of field, artificial intelligence revised upwards, the integration of new animals and the climatic effects and animation better managed.

It is also stated that GTA 5 for PC will have an advanced video editor and integrates logically to GTA Online, the multiplayer mode of the hit Rockstar studios. For now, no indication has been revealed about the requirements for running the game in good conditions.

Recall that GTA 5 will arrive this fall 2014 on PC, PlayStation 4 and Xbox One.