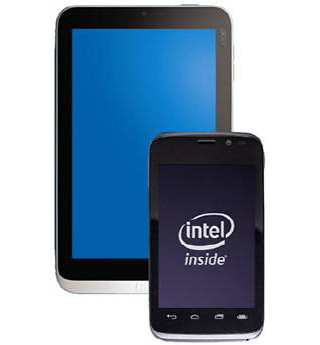 The South Korean giant Samsung seems to be preparing a new Android smartphone with Intel Moorefield processor on board. The major effort of the Californian founder about rates of its chips have weighed heavily in the balance.

Based on information reported by the Korean media, the Samsung manufacturer is preparing a midrange Android smartphone with an Intel Moorefield processor. Unveiled in February at the Mobile World Congress in Barcelona, ​​it offers a reminder of the quad-core, 64-bit and 4G/LTE Category 6 instruction set up to 300 Mbit/s in reception.

To return to the smartphone from Samsung, it would ship the Atom Z3500 quad-core processor with a frequency up to 2.3GHz, but will be limited to 1.7 GHz to contain energy consumption and reduce heat. The choice was motivated by the attractive cost of the processor in question, 7 dollars per unit, as it usually spends more than $20 for a chip called premium. This was possible thanks to an effort by the Intel side, which has agreed to offer a price close to the cost of production. No further information is given at this time. Not even the name of this smartphone. 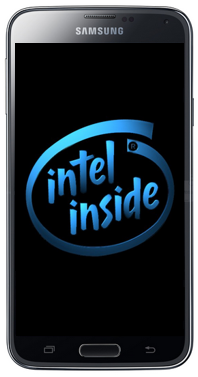 The presentation is scheduled later in the year. It could intervene in September at the IFA in Berlin, knowing that the family of Moorefield processors must take its first steps in the second quarter of 2014.