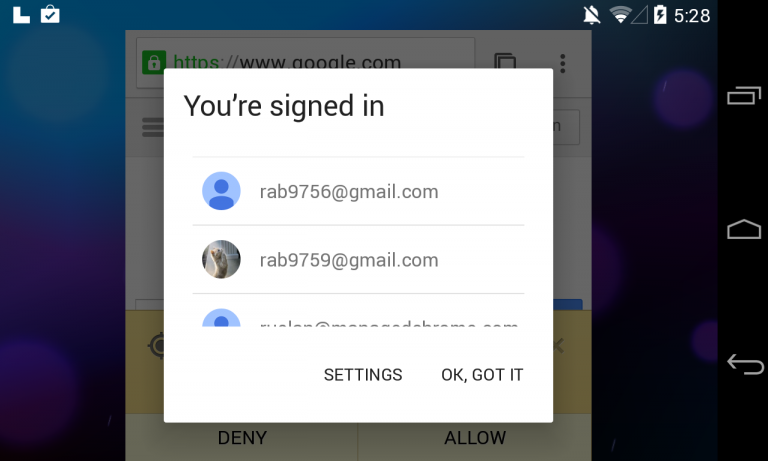 It is today that Google is launching its famous Google I/O, an event in which the brand is expected to present the future of Android. Yet cliches on Android Lollipop are already fleeing.

This year, Google should finally present the new version of Android, stamped with the letter "L" (for Lollipop) to succeed KitKat. A version that could fit logically the latest products from the Nexus range.

While the OS may be formalized in the coming hours, two screenshots are already presented of Android 4.5.

We can discover a graphical overhaul (which was already found through first rumors). What is most noticeable is an flat orientation design that Apple has put forward not without difficulty during the release of iOS 7. Gone are 3D effects, glare and other textures, simplicity is now set, as sobriety. 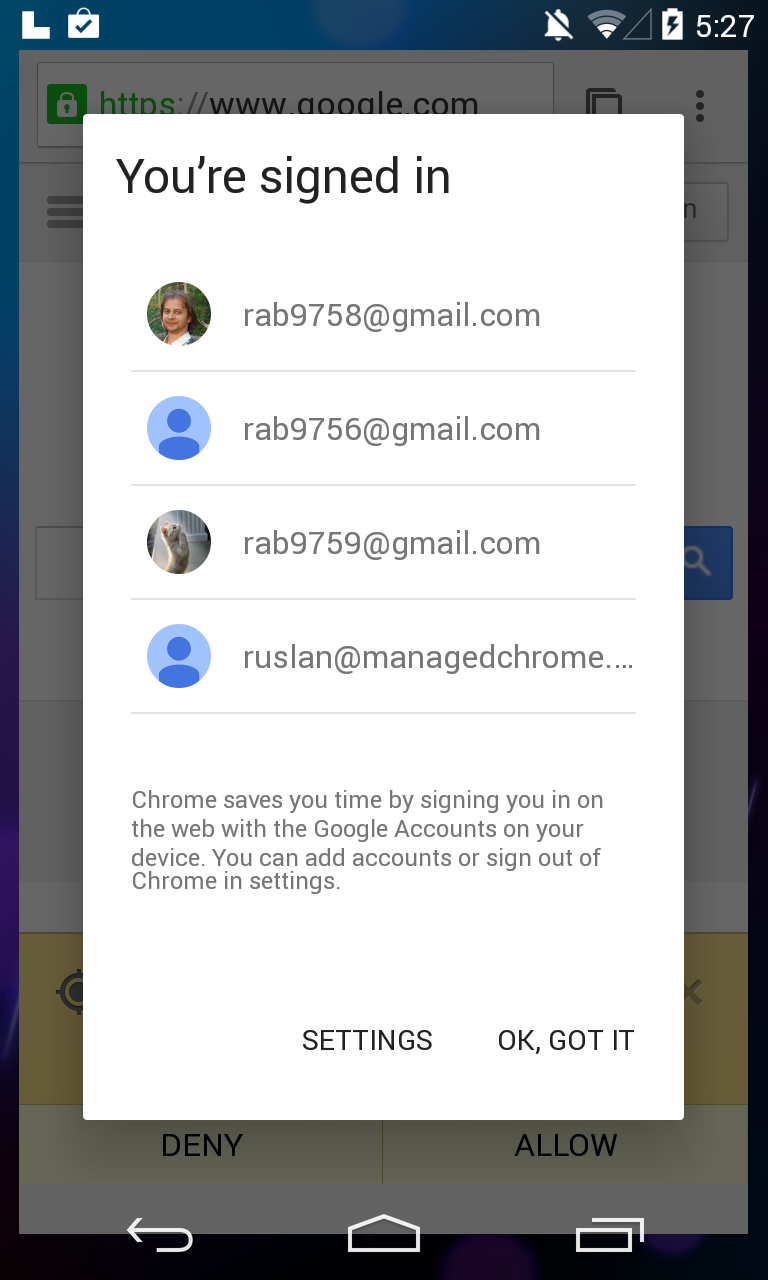 In essence, the pictures do not really allow you to get a clear idea of ​​all the changes incorporated in this version, which ultimately remains close to KitKat at the toolbar and integrated navigation keys. We discover a login window from Chrome and nothing more.

But looking more closely, we also discovered a new icon in the top left of the screen. The most serious assumptions are consistent functionality of "Limit Breaks", the equivalent of "Do Not Disturb" proposed by iOS 7. The idea is to define time slots and whitelists to not be reached according to the hours of the day.

Yet if the next version of Android were to be unveiled today, it should not be made ​​available before the end of the year since a major update is still scheduled in Android 4.4.