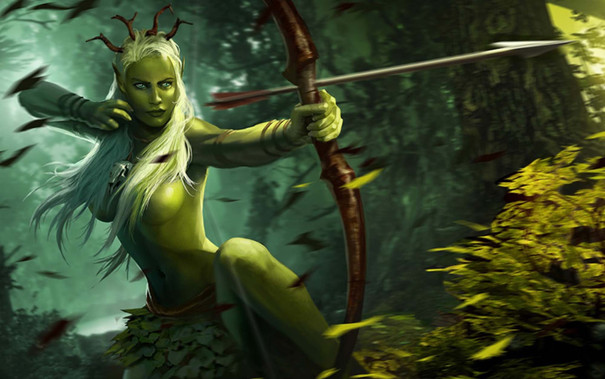 The studio CD Projekt RED has announced the development of The Witcher: Battle Arena, a spin-off of its role-playing game that has the distinction of being provided on smartphones and tablets, while opting the free to play business model. A first video and images of the game are highlighted online.

Known for its excellent series The Witcher, CD Projekt RED studio, users has been eagerly awaiting The Witcher 3: Wild Hunt which looks very promising for fans of open world RPG. However, we learn that another episode is in development, namely The Witcher: Battle Arena.

Freshly announced, the title will be developed in partnership with Fuero Games for adaptation on smartphones and tablets running iOS, Android and Windows Phone. It will be a MOBA in the same vein that League of Legends and Dota 2, while ensuring gameplay more accessible than the latter.

The peculiarity of game focuses in the fact that it will be free to play. If this model is often criticized by players because of the need to pay a few euros to progress in-game or deal with other players, CD Projekt has assured that it will be possible to finish the game without paying a penny.

The game will offer control of eight characters of the license Witcher, each with its own characteristics. Two game modes are featured: Conquest and Arena. The game will be playable in multiplayer 3 against 3, but also solo when Internet disconnects.

For now, the release date of the game has not yet been revealed.