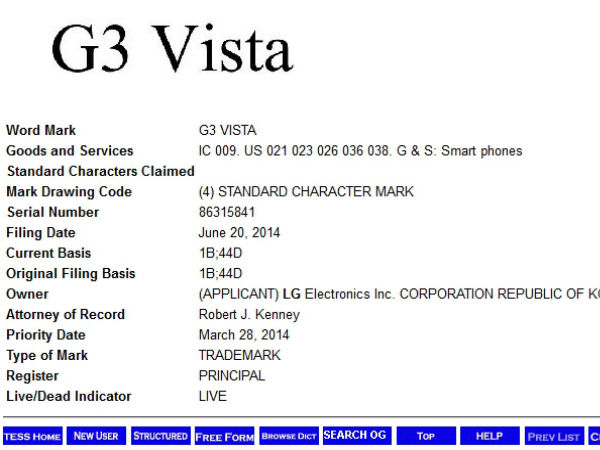 The last flagship of LG G3 smartphone will be available in several versions which we now know the names.

Like the South Korean Samsung, who has just introduced the mini version of its Galaxy S5 (before perhaps revealing the Tizen Version), its competitor LG will offer different versions of smartphone featuring the G3 also.

In addition to the G3 Beat, which is similar to the Mini variant, there will also be G3 Lite, G3 Vista and G3 Vigor. In any case, the names of this smartphone has been submitted on 20 and 25 June by the manufacturer, among U.S. agencies managing trademarks.

Names that may still not be translated into actual devices, but in the meantime the company has registered it in order to avoid problems of use.

It is now awaiting formalization of these variants to discover their characteristics and markets/operators who will benefit from it.