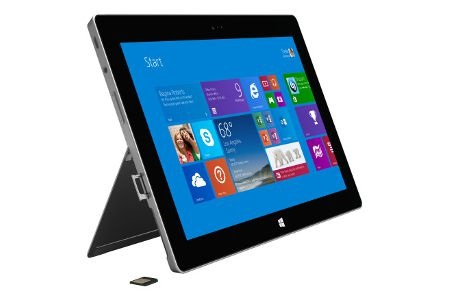 Sometimes it is said Surface Mini might be available this summer, sometimes next year, or even totally ignored by Microsoft: But Surface Mini tablet is yet to be reborned from its ashes, at least in the rumors.

It is not officially confirmed by Microsoft that it is already the subject of a debate: Surface Mini was presented as a project to put rebus by brand assemblers who indicated that Microsoft had indeed invested in the production of the equipment, but ultimately did not launch commands, pointing to a lack of evidence to differentiate from other tablet devices in the market.

Yet, according to EVLeaks, the tablet is recently entered into production. The site mentions sources in chains for assemblies and evokes a planned release sometime in the summer.

A rumor quickly denied by Mary Jo Foley, a journalist who also has internal Microsoft sources and indicates that production is still pending, but Microsoft has not abandoned the project.

According to this statement, Microsoft might wait until 2015 before proposing its small size touch pad. For the brand, it should wait for the availability of Office Gemini, Microsoft Office Suite specially designed for touch screens that will come out in spring 2015.

Microsoft could also give a little more time to work on the technical details of its tablet and try to provide a device that actually differs from the competition.