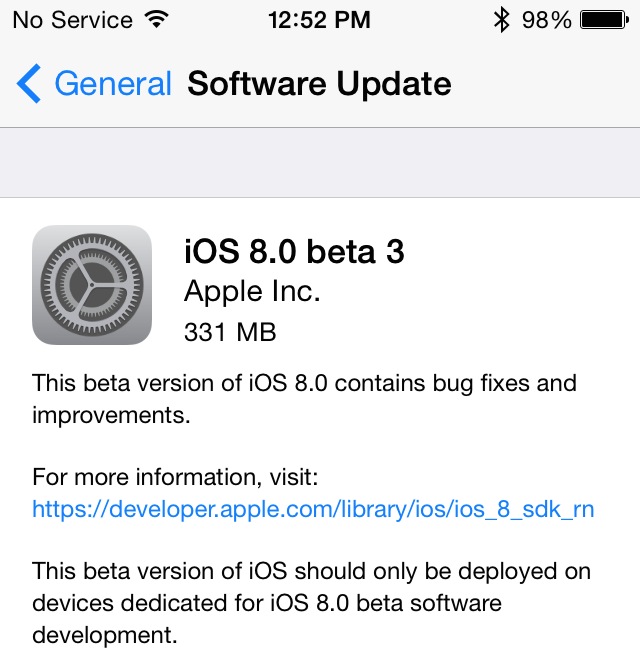 Apple continues to offer new revisions of iOS 8 beta 3 to developers. And the third version brings new features, including a particularly oriented autonomy management for devices.

Application developers for iPhone, iPad and iPod Touch have access to the beta version of iOS 8 since last WWDC in early June, and today the third version of the OS has been released.

The main novelty comes directly on information relayed in recent days about Apple orientation for batteries in lowest autonomy in its iPhone 6 in order to provide ever finer devices. But experience has shown that the battery capacity is not the only factor that determines the range of a smartphone, the Apple past has proven that good energy management allows to do some miracles, and its products are often well placed in terms of life despite capacity displayed lower than the competition.

Never mind, the new feature introduced in iOS 8 battery in the Beta 3 of iOS 8 should reassure users since it is an option to monitor the energy consumption of each application. Averaging is performed for the last time and use this as a percentage of energy consumed by each app in a table which classifies all. This will help find the most demanding apps, and choose to turn it off completely rather than let them run in the background. 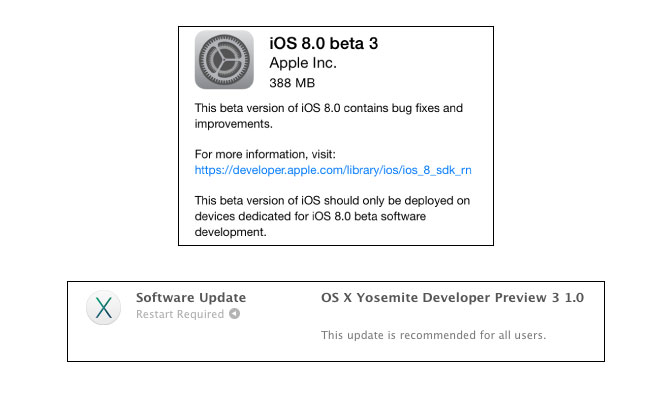 Also new: better support for connectivity between devices through personal hotspots. It is now possible to connect to another WiFi device on the fly, as long as it is an Apple device. It becomes easier to share Internet access or files from a placeholder.

It also has a built-in Health function which aims to assess the level of caffeine in the blood, automatic integration files in iCloud Drive, or the occurrence of handoff, a function that allows you to start writing an email or project on your iPhone or tablet, and then to automatically continue from a Mac, once again making a call synchronization in the cloud to not lose their documents and be able to interact with a decentralized manner.