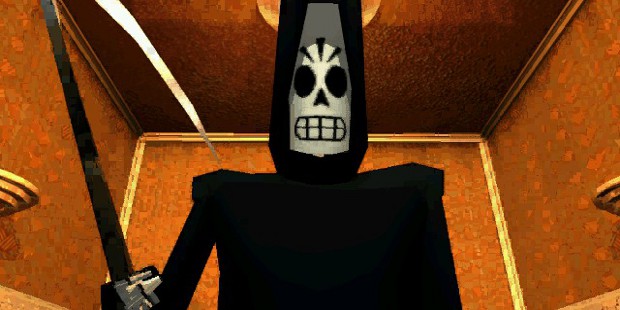 The developer Double Fine has announced the development of a remake of the popular Grim Fandango game on PS4 and PS Vita, but the game will also arrive on PC and Mac. Very good news for lovers of old LucasArts adventure games.

Originally released in 1998 on PC, Grim Fandango is one of the last LucasArts adventure games, prized for its point & click genre and other productions for the Star Wars studio. Despite its limited commercial success, Grim Fandango remains a very successful title, both in its world and in terms of achievement and empowerment.

As part of the E3 2014, Tim Schaffer of Double Fine studio has played the card of surprise by announcing a remake of Grim Fandango on PlayStation 4 and PS Vita.

The studio has announced on Twitter that the game will not only happen on Sony consoles, but also on Windows, Mac OS X and GNU/Linux.

For now, details on the improvements of this remake have not yet been disclosed, but it is clear that it will take at least a revision of the grip as well as work on modeling characters.