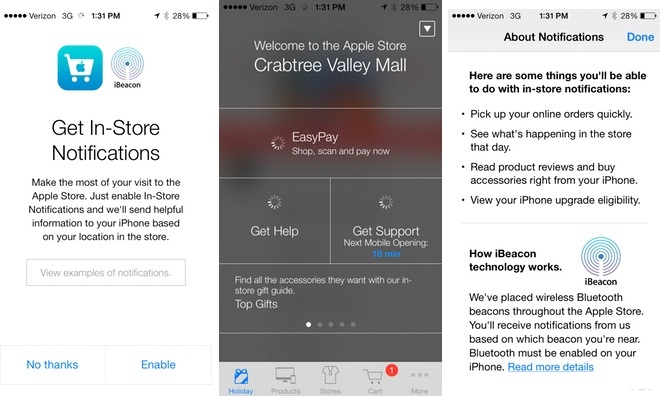 Apple has filed an application with the FCC revealing some details about the first dedicated iBeacon tag, an indoor geolocation service that will shortly be launched by Apple.

Apple just introduced its first iBeacon tag with the Federal Communications Commission of the United States of Engineering and Technology (OET). For Apple, this is to validate the system before proposing at a wider scale.

The module described in the document under reference A1573 clearly mentions the words "Apple iBeacon". It evokes tests from a Chinese supplier (Audix) in a shielded enclosure.

The tag operates over a range of frequencies between 2402MHz and 2480MHz with peak working frequency at 2.4 GHz, making it consistent with the specifications of the Bluetooth 4.0 protocol. This is the substance of the system: get tags that communicate with smartphones or tablets via Bluetooth to send information and services to users based on their location. 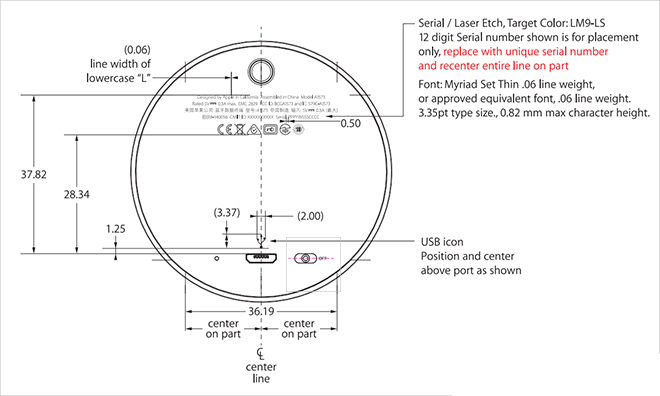 The idea behind iBeacon is to provide not only a geolocation in buildings, but also to provide notifications to users. This can result in the transmission of advertising, promotions according to their shopping sessions. But the system also plans to switch to automation.

Eventually, the system could also allow shops to create statistics on the number of visits, the most traveled rays, at the cash or the time of changing rooms, etc; simply by studying the data returned to smartphones from the tags.