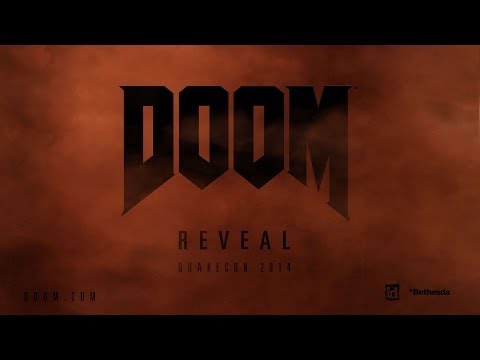 As expected, the upcoming FPS from id Software licensed as Doom 4 was revealed as part of the QuakeCon, confirming that it will be a reboot of the series that will use the id Tech 6, which will offer a "old" gameplay.

Iconic series of the FPS genre, Doom has strongly marked the spirits with its first two episodes. After a third episode finally less frantic than its predecessors, the studio id Software in recent years boarded on the next episode of the series.

Previously called Doom 4, the game took advantage of a revelation in the context of QuakeCon, that will be finally called Doom. Indeed, it is a reboot of the franchise, offering a rewriting debut of the license. Doom will take place on the surface of Mars, outside of an invade by demons UAC complex.

The title will run on the id Tech 6, the newest version of the graphics engine from id Software. Technology will run the game at 1080p and 60 frames per second on PC, PS4 and Xbox One.

In terms of gameplay, the game will not use fireworks with many current FPS: there will be no question of cover system, or automatic health regeneration. Some enemies killed leave behind health vials. In addition, the title marks the return of a faster and nervous gameplay, like Doom and Doom 2.

Who says Doom doesnt have iconic weapons. For now, the game will include double-barreled shotgun, the chainsaw, the plasma gun and rocket launcher. Attacks from the body-to-body will be widely promoted in the title, to perform real bloody finish moves.

If it was a question of finding colored keys to progress through the levels of the previous parts of the series, the next processof Doom abandons in favor of a more gory solution: it is enough to pull the arm of a soldier for use the scanners keyed doors. Note also the presence of a double jump.

Finally, a competitive multiplayer mode is also in preparation, which will be presented in a later time. For now, no release date has been announced.