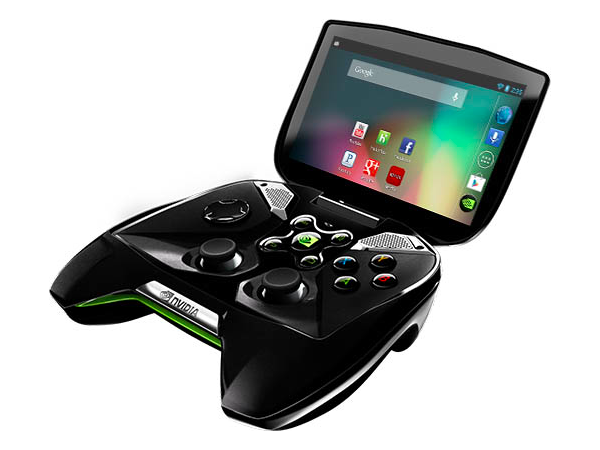 The next gaming platform of Nvidia successor to the Shield materializes a little more each day. Today, an image has been leaked that reveals a completely different approach to this new version.

With the Shield, Nvidia officially launched in the market a gaming console by offering a mobile system taking the shape of a handheld and trying to combine the advantages of an Android smartphone, all embellished with mirroring capabilities.

However, the console sold exclusively in the USA at a relatively high price will not really found its audience to pleased. Its limited aspect will quickly discourage players since Nvidia relied heavily on being able to send a game operating from a PC with a graphics card of its own brand, directly to the 5-inch screen of the console. Not honestly interesting or practical given the size of the Shield.

More recently, we learned that Nvidia is already preparing the Shield 2, and it would have even been spotted in some documents, while evoking a format tablet instead of a handheld.

A photo recovered by Evleaks in this direction, we can see the boxes of the Shield and tablet than a dedicated controller.

The site evokes a tablet format of 7.9-inch (2048 x 1536 pixels) equipped with high-powered Tegra K1 processor. A processor whose proof has recently been made, and that promises to manage games worthy grinds of console and PC.

The mirroring feature from a PC and an Nvidia graphics card would not be forgotten. If Nvidia manages to offer such a mobile competition while offering unmatched performance in games, while remaining within a range of prices for its correct tablet, this time the Shield could truly be successful. The question is whether developers will follow Nvidia in making AAA games that can truly exploit the Tegra K1 processor, but that's another issue.