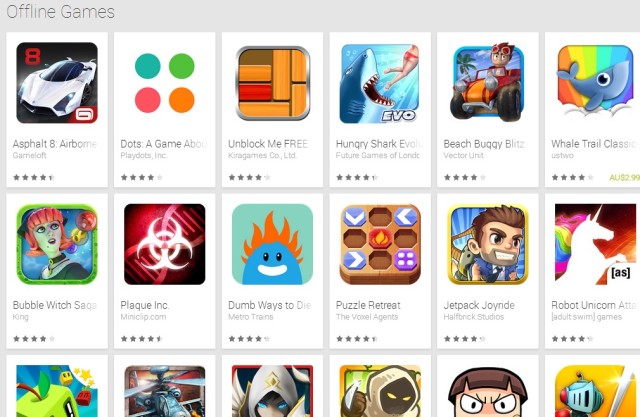 Google has updated its platform for downloading applications with a graphical overhaul and addition of a new section that appeared.

Google has recently deployed the 4.9.13 version of the Play Store accessible from Android devices, a refurbishment of its application market, the main changes are cosmetic versions.

Better described for enjoyable applications, with much cleaner interface and more colors and a lot of pictures, here's the recipe for a younger market, more in tune with the times.

For the occasion, Google highlights the videos that have the games and applications (depending on the title), a feature that allows you to place an app in a Wish List or access to similar applications to compare different references. 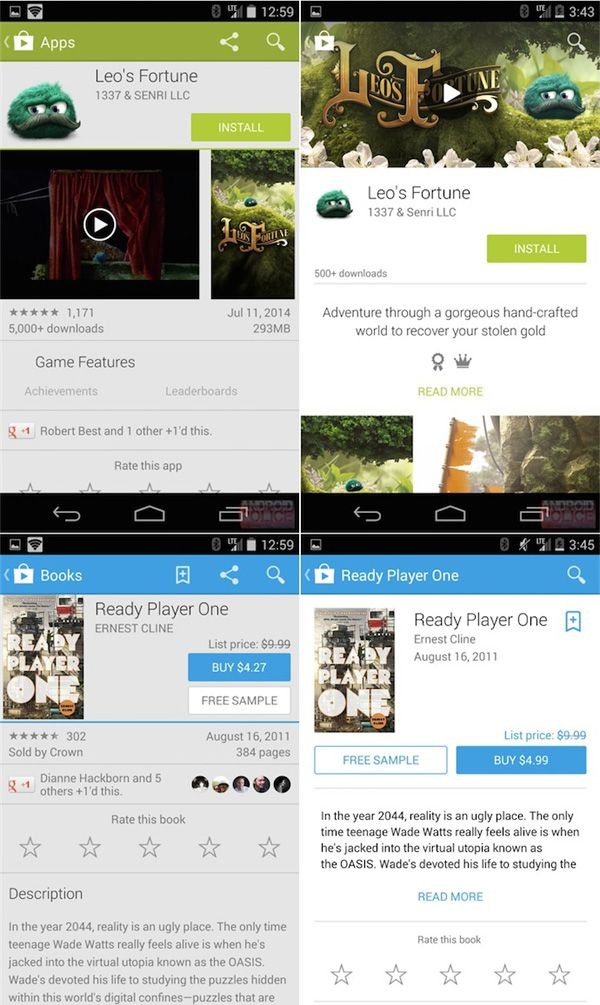 We were talking about it a few days ago, now applications offering integrated markets are no longer classified as "free", but the big news is especially from the games.

There appears as a new category called "offline games" which, as its name suggests, lists all the titles that do not require network connection in order to operate. I must say that over time, many publishers have switched to the mode "all connected" to add a social dimension to their titles, but also by forcing a connection to servers to limit piracy of their products.

Currently, the reference category of fifty titles that prove ideal for those taking the subway or located in areas with little or not covered by their operator's network, or simply for those who do not want their data plan fly during their relaxing break.