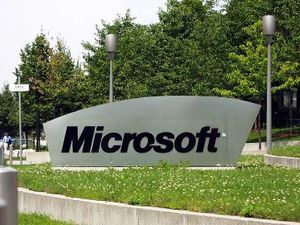 After the media attacks against its Windows Operating System in China, Microsoft sees concern in what looks like an antitrust investigation, with search of its premises.

American high-tech companies are the subject of intense criticism and a certain defiance in China since the revelations about wiretapping and practices of NSA. Transfer of contracts to local users marked as distrust and boycott calls have increased in recent months.

For Microsoft, this is the Windows 8 OS that has been criticized in the country, with a call to not use it in government services and distrust displayed by the state media, who see a threat to national interests.

Worries for Redmond group in China are far from over since it has paid the price of a search of its premises by the agents of the Ministry of Industry and Trade. If the reasons for this surprise visit are not known, they could be related to an antitrust investigation launched by the Chinese government.

Other major US groups are equally investigated or criticism in the media in a war of communication that has shifted in favor of China since the light has been thrown on some secret eavesdropping service programs from the American intelligence.

The stakes are high: If there is a penalty, the amount of damages claimed can easily exceed billion dollars. Without commenting on the nature of the investigation, Microsoft has reiterated its commitment to full cooperation with the Chinese authorities.

These conflicts reflect the growing economic tensions between the USA and China, the latter being a means to highlight its own companies and to challenge the dominance of the major US groups.