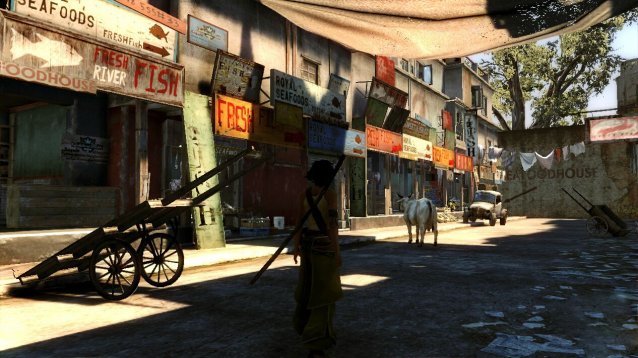 Creator of Rayman, Michel Ancel, announced the establishment of a new independent studio based in Montpellier. In parallel, the long awaited sequel to Beyond Good & Evil was confirmed by Ubisoft.

French video game designer known for his work on Rayman license, Michel Ancel has also worked on another license which is unjustly neglected: Beyond Good & Evil. If the result of this adventure game is soon going to be officially announced, things have recently accelerated.

Indeed, Michel Ancel has announced the opening of Dubbed Wild Sheep Studio, his own independent studio based in Montpellier composed of thirteen persons including Christophe Heral (composer of Rayman Origins).

Despite the opening of this structure, the French creator retains its status as creative director at Ubisoft.

It is confirmed that Beyond Good & Evil 2 will be developed on the premises of Ubisoft. The latter is confirmed via the British site Eurogamer:

"In many ways, BG&E is an inimitable game – it appeals to all generations of gamers and is an inspiration behind many of Ubisoft Montpellier's past and future games. It's still far too early to give many details about this new title, but what we can say is that while Michel and the team at Ubisoft Montpellier are working with the core tenets of BG&E, they're developing something that aspires to push past the boundaries of a proverbial sequel and leverages next-gen technologies to deliver a truly surprising, innovative and exceptional game. The entire team is excited about the direction this extremely ambitious project is taking, and we'll have more to share later, as it progresses."

This obviously suggests that Beyond Good & Evil 2 will actually be developed on PC, Xbox One and PlayStation 4.