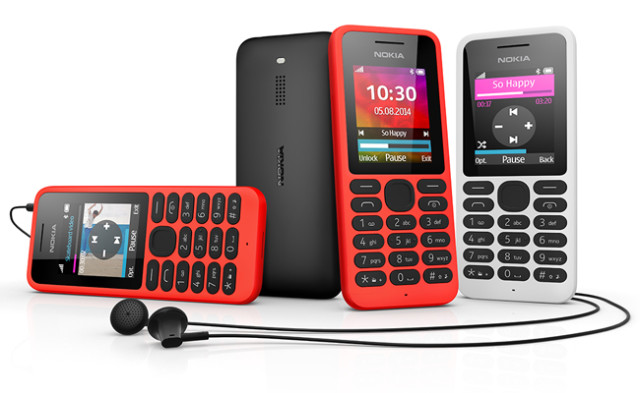 Microsoft has not abandoned the input of ultra-budget phone by acquiring the business of manufacturing mobile phones of Nokia. The Redmond group unveils the Nokia 130, basic mobile, but with a strong autonomy.

By acquiring the business of manufacturing mobile phones of Nokia earlier this year, the Microsoft group is now overseeing the Lumia range of smartphones with Windows Phone but also with basic motives that made ​​the success of the Finnish brand market emerging.

The Redmond group had promised that it would not give up this activity (at least for models whose development was already underway) and proves it by announcing the Nokia 130, newest entry-level mobiles at a very low price. The phone features a 1.8 inch color display with a resolution of 160 x 128 pixels.

If it does not offer a camera, it embeds a built-in flashlight. The phone has a 1020 mAh battery that will provide up to 16 hours of video playback or 46 hours of music playback. It is possible to watch videos on the Nokia 130, as promised by Microsoft, thanks to the presence of a port for microSD cards.