Motorola has surprised in recent months to ensure the success of two of its smartphones, Moto X and Moto G. And the latter's successor would not be too far to believe the latest rumors.

Motorola would have already made ​​good progress in developing the successor of Moto G, its mid-range smartphone, so it could get out before the Moto X+1.

GSMArena thus indicates that a reseller of the brand would have indicated the date of September 10, such as the availability of a successor to Moto G. Some copies may even be delivered earlier, at the end of August for sufficient stocks. 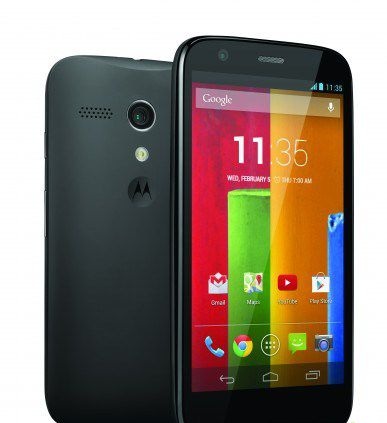 Another topic discussed during the exchange: the price of the smartphone, which would be revised upwards. Posted at 169€ and 199€, the new generation of Moto G would have a starting price of €250. The smartphone has been confirmed in a configuration of "dual SIM with 5-inch display."

According to the latest rumors, the Moto G2 (or G+1) is equipped with a 5 inch HD display of 1280×720 pixels resolution, a quad-core Snapdragon 400 processor associated with 1GB of RAM, and 8 megapixels camera. This is Android 4.4.4 Kitkat which should be delivered in the basic device.

If the date of September 10 is expected, we can expect to see the smartphone introduced by Motorola at the show IFA in Berlin from September 5.