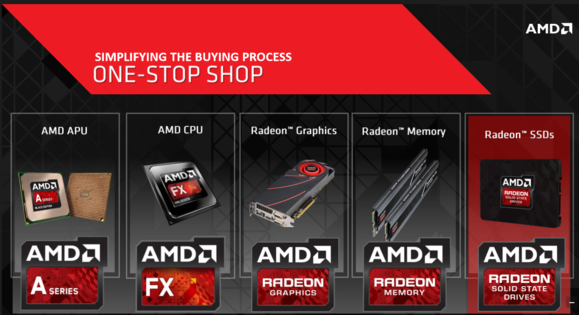 The manufacturer AMD has finally formalized its SSD for gamers. They will remind you probably something.

Although with a few days late compared to the rumors that was announced, the AMD Radeon R7 SSD intends to propose to the players. Giant Sunnyvale has indeed formalized it.

These models in fact are OCZ Vector 150 which have undergone a rebranding. We thus find the memory controller of Indilinx Barefoot 3, NAND MLC flash memory engraved in 19 nanometers originally Toshiba and three capacities of 120, 240 and 480 GB.

As for performance, there are also peaks at 550MB/s sequential read and 100,000 IOPS 4K random read when connected to SATA 3 as promised by the original model.