Home » News » Gadgets » Samsung claims to have over 1,000 apps for its Gear smartwatches 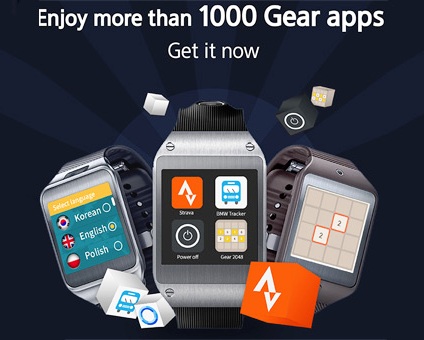 If applications must play a crucial role in the success of the connected watches, Samsung can be proud to count over 1000 compatible apps with different generations for its Gear smartwatches.

This is an infographic that Samsung Group celebrates to have more than 1,000 applications available for its Gear smartwatches, that extend the functionality of gadgets. Beyond quality watches and embedded functions, it is the applications that can exploit the potentials that are seen as one of the possible vectors of the success of these new gadgets.

As in other sectors, which offers the most applications for watches, there could be the one who has the most control over the segment and the Korean group hopes to be the one before Apple who is interfering in the competitive game with iWatch smartwatch that could be threatening.

The infographic details the Top 5 apps for Gear smartwatches under Tizen (Galaxy Gear, Gear 2, Gear 2 Neo) while the latest, the Gear Live, runs on Android Wear. Samsung says that a new Gear 3 smartwatch must also be presented during the 2014 IFA in Berlin in early September.