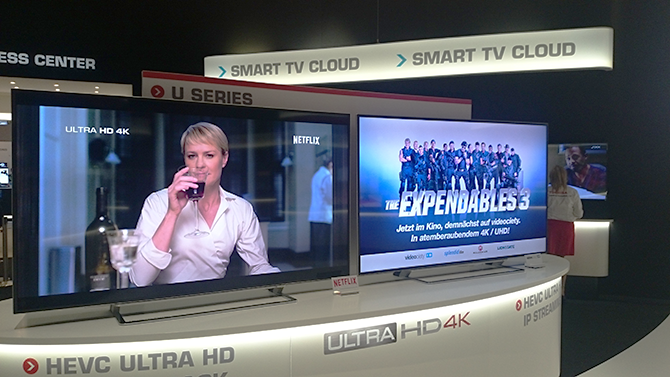 TV's with Ultra HD 4K is also featured on the IFA 2014 Toshiba booth.

If TV manufacturers are betting on the Ultra HD 4K resolution to sell us their upcoming models, they also know that other things come into play to get our credit card out for the same. The Sharp model of 2999 ​​and 3999 euros will accompany an AQUOS NET+ portal and connectivity of HDMI/USB/Wi-Fi/Miracast to access a maximum of content, while the Sony model in 3999 and 8499 euros will leverage its curved slab and rendered surround sound of 360 degrees for maximum immersion. 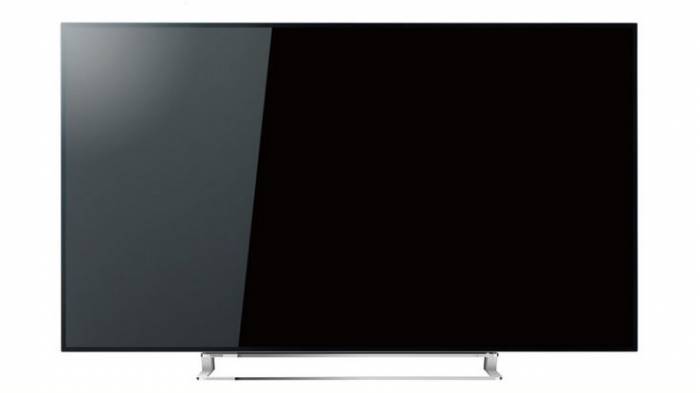 Also presented at the IFA (but as a prototype) and waited on the shelves in 2015, the Toshiba TV that you can see above will be accompanied by a new version of the service that identifies MediaGuide Replay including favorites to save them for you shows. It will also offer HEVC decoding to read streaming 4K UHD content from any media, be it a memory card, USB device or the Internet.

On another note, the next 4K TV of Toshiba intends to provide a deeper, richer, more light output, including through a backlight with larger diodes and technology to find the colors and brightness lost during recording.

The pricing of different diagonals was not disclosed.