There are numerous news on the different smartwatches available to the IFA 2014 in Berlin but there is nothing from the HTC manufacturer which nevertheless had a product to show its customers earlier this year. Is it abandoned?

Like last year, the IFA 2014 in Berlin is an opportunity for electronics manufacturers to unveil new generations of watches with now experiencing a year of direct confrontation with the market and the arrival of Android Wear platform to channel.

In this flood of new watches that are beginning to dare more rounded forms, there is no trace of a product from the manufacturer HTC. However, it had a prototype to show at the MWC 2014 show in Barcelona in February, derived from watch TOQ with Mirasol screen and wireless charging designed by Qualcomm as a demonstrator.

Six months later, at the IFA 2014, the show passed without HTC unveiling any gadget like this. The Pocket-Lint website says that the manufacturer would have abandoned the development. 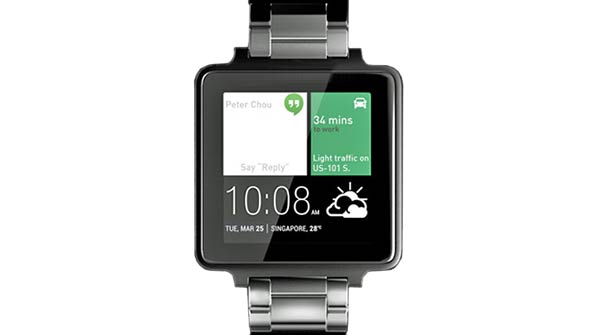 Stopping the project is not completely confirmed but the source site evokes about an increase in development costs and a lack of wow factor that would have buried the lead. It is that in the meantime, the Android Wear platform has emerged, with its comprehensive ecosystem and dedicated applications, making it difficult to market a single product.

Especially since the competition is fierce in the segment, as we have seen with listings of Asus ZenWatch, LG G Watch R, the Samsung Gear S, the Moto 360 or Sony Smartwatch 3.

And besides the iWatch smartwatch of Apple could be announced as early as Sept. 9 (and later sold in 2015) which is likely to occupy the minds.