HTC event is scheduled in early October. We will discover a ready to give you pretty selfies smartphone.

HTC has just sent out invitations to the press for an event to be held on October 8 in New York, United States. The Taiwanese manufacturer is not very talkative about the product or products that is going to be presented on the occasion.

But the theme "Double Exposure" and the illustration of two women taking pictures with a smartphone are in line with a smartphone equipped for selfies in the image of many models coming out now including Desire 820 unveiled a few days ago with its   8 megapixel front camera and 13 megapixel camera at back. 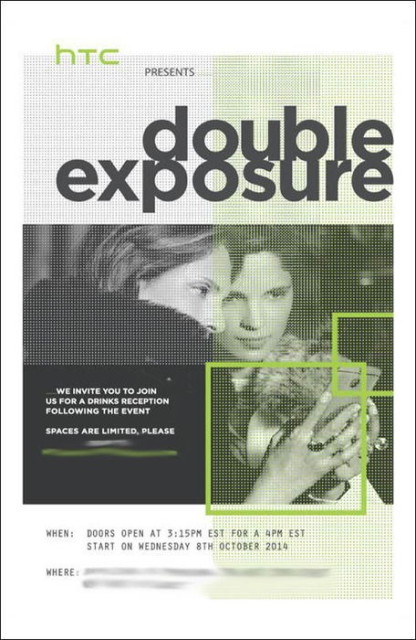 New model of the giant Taiwanese or announcement of 820 Desire for U.S. market as some suggest? We have the heart net in a few weeks.