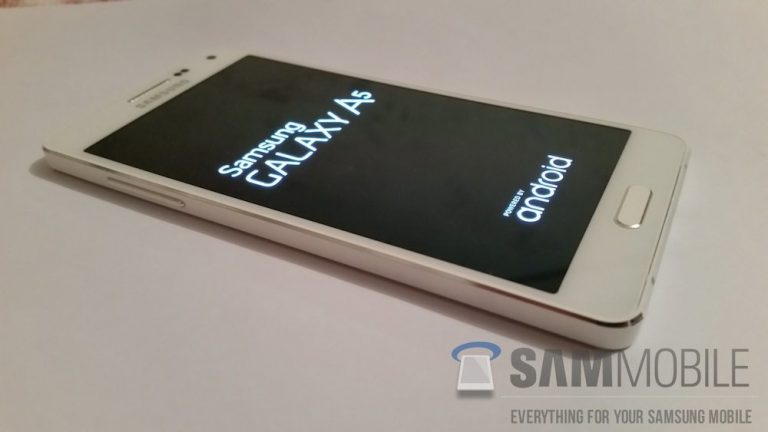 The Samsung Galaxy Alpha reintroduced metallic finishes offering smartphones from Korean group but it also opens a Series, the first model, called the Samsung SM-A500F, and should have the final name as Galaxy Alpha A5.

Already appeared in the certification documents of some regulators, it is now visible from every angle through pictures published by SamMobile site. And if it is a metal finish, the hull of the smartphone is definitely not metal, the source of the website cannot define the material that does not look exactly either in plastic. 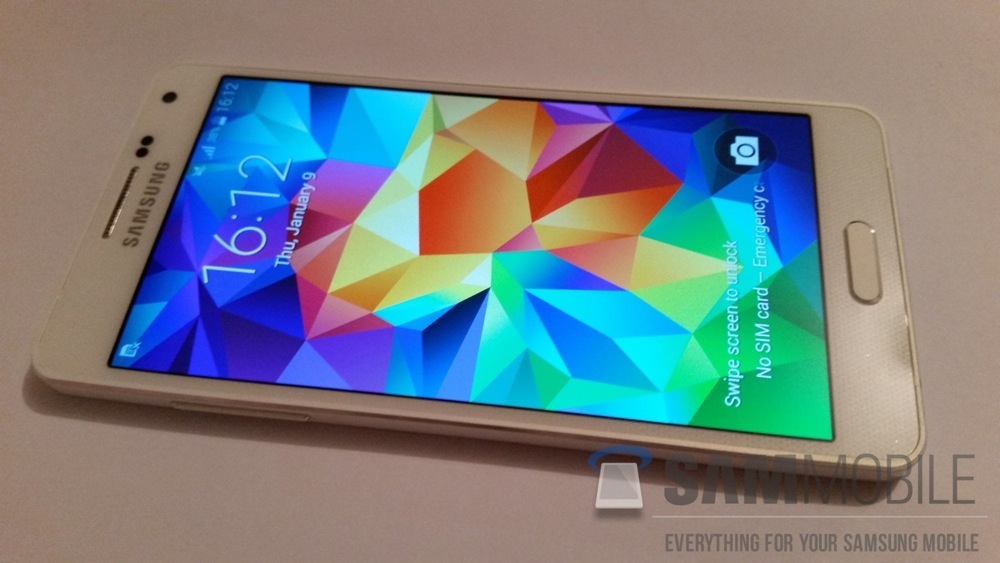 The future Galaxy Alpha A5 presents a display of 5-inch in HD resolution (1280 x 720 pixels) with Super AMOLED slab and will carry a Snapdragon 400 quadcore processor. It also comes with a 5 megapixel camera on the front for the selfies and a battery of more than 2000 mAh, as well as 16GB of internal storage space.

It should embark the Android 4.4 KitKat at launch and enjoy the latest version of the TouchWiz overlay, as in phablet Galaxy Note 4.