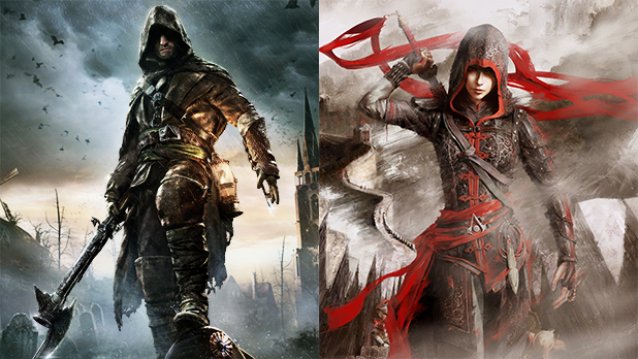 Ubisoft already details the content of the Season Pass for Assassin's Creed Unity, noting that additional missions and campaigns are already provided in parallel with the main game. It includes one occurring in China with a heroine to embody game.

A few weeks of its launch, Assassin's Creed Unity already has additional content that will be distributed as part of a Season Pass. Ubisoft has released information in video and picture about these new developments that will offer eight hours of gameplay.

Initially, Assassin's Creed Unity: Dead Kings will find Arno after the adventures of the main episode.

It will be discussed to evolve in the city of Saint Denis and its products known to collect underground tombs of ancient kings. Also, it will discuss evolving in the catacombs and coming across looters. A new item was added for the occasion: the Guillotine Gun.

In a second pass, Assassin's Creed Chronicles: China looks like a brand new game that will embody Shao Jun, a heroine initially driven by Ezio Auditore and it will evolve in 1526. The game is developed by Climax and propose a rendering side of 2.5D.

The Season Pass will be available for purchase beginning in 2015. Remember that Assassin's Creed Unity will be released on November 13, 2014 in Europe for PC, PS4 and Xbox One.