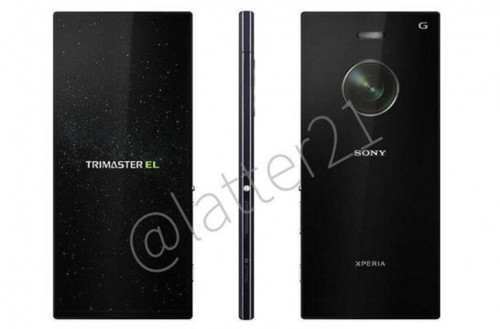 The Sony Xperia Z3X smartphone cannot be counted only on its diagonal to seduce. The next flagship of Sony will also build on a powerful platform showing a picture worthy of the name.

Since it has become a fashion for phablets right now (even Apple is set with its iPhone 6 Plus), the smartphone XXL of Sony, Xperia Z Ultra launched during the summer of 2013, will most likely be a successor by little. It was also found by a visual and benchmarks that have been circulated.

Regarding the visual first, they suggest a place of honor in the photo section, with the ability to graft a removable module to get a SLR quality.

On the AnTuTu benchmark by then, it speaks of a platform of Qualcomm Snapdragon 810 with Krait 450 quad-core processor, 4GB of RAM and Adreno 430 graphics solution. It also lists a 6.2-inch screen in a definition of 1600 x 2560 pixels and Android 4.4.2 KitKat OS.

It is still unclear that will we have to wait until early 2015 for the release of this phone? The second launch window seems more likely, since we do not expect the SoC Snapdragon 810 until next year.