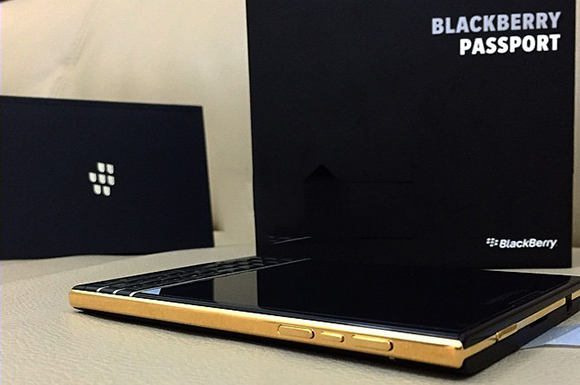 For now, we do not know if it is a gold version officially built by BlackBerry. However, images may show an edition designed by a third-party vendor specializing in smartphones in gold.

The design of the phone is not changing, it's just the chrome bezel of the device which has been replaced by gold. One thing is certain, this gives a more luxurious touch to the Passport!

This at least suggests that recently published snapshots on the web highlights a Passport wearing a golden shell, so gold-plated.

The question is whether it is BlackBerry who is behind this production, or if it is the image of a Passport passed into the hands of a company specializing in luxurious versions of smartphones as Brikk or Goldgenie.

According to the Canadian brand, the BlackBerry Passport would not really need this variation to flow, both black and white models are immediately captivated by the audience as they are for now out of stock. Within 48 hours, it would be more than 200,000 pre-orders that would have been recorded.