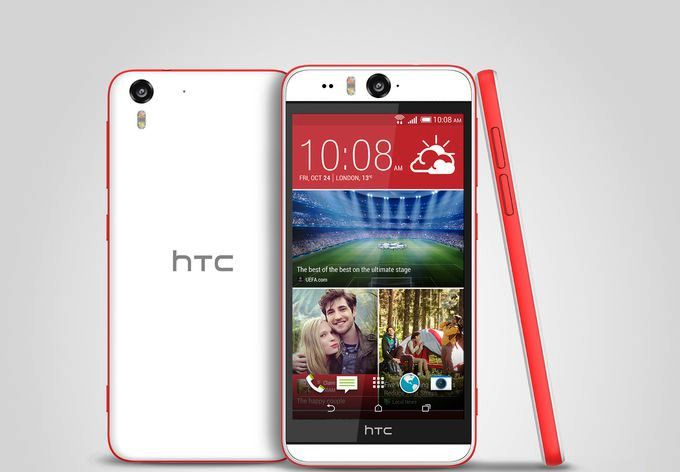 This is actually not the M8, but the Desire Eye formalized by the Taiwanese manufacturer HTC. The smartphone, first of its kind to offer a dual-camera sensor of 13 megapixels, was introduced by the brand on Wednesday.

So far presented in the form of rumors as a simple variant of the One M8, it's a completely different smartphone introduced by HTC on Wednesday.

However, the HTC Desire EYE focuses all the information gleaned here and there on the web in recent weeks, but confirms a different orientation of the M8 for its design.

Thus, HTC wants to make the most of the wave from the public interest in general for selfies and inaugurated the first smartphone in the market equipped with two camera sensors of 13 megapixels, at back and at front. This feature will allow users to get the picture in HD.

The name of the smartphone made against a set of features that are installed on top of the HTC overlay Sense 6 onboard.  The EYE functions allow to identify the caller's face during a video conference from either Hangouts or Skype and automatically reframes the image to always offer the best angle. When several people are facing the camera, the module separates them and puts them in thumbnail to always keep an eye on each speaker.

Another function well thought is mirroring which allows to remotely share with another user, all of this is happening on its smartphone screen. The selfies can also be triggered by voice, or simply by making a smile. 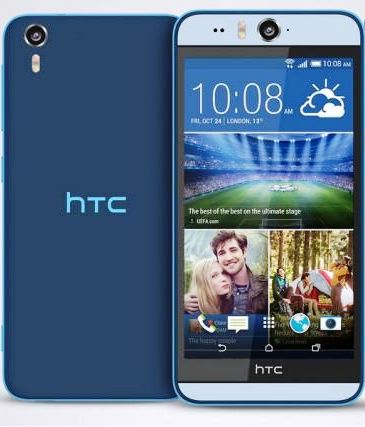 Other options include automatic retouch shots (beauty mode), erasing wrinkles and smoothing and working color faces. We can also shoot with two cameras simultaneously to transform the smartphone into action cam, the two images being displayed on the same screen.

For the rest, the Desire Eye is advertised as powerful as the M8 brand, and it features a Snapdragon 801 2.3GHz processor combined with 2GB of RAM. It has 16 GB of memory, expandable with MicroSD card and a 5.2-inch Full HD screen. The main difference is in the chassis, plastic for Desire EYE.

Its price is announced at 499 euros and set for a availability in November. Note that users of the One M8 should also benefit from EYE functions through an update which is going to be deployed before the end of the year.