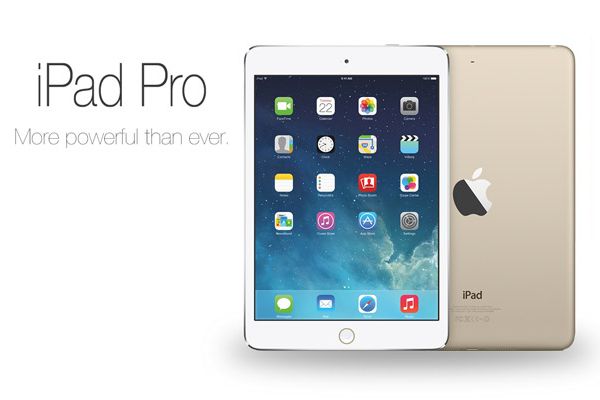 The keynote on October 16 will unveil the iPad Air 2 and iPad Mini 3 but it should do without the launch of an iPad Pro with a larger display that is not considered a finished product by the California group.

If there is hardly any doubt that Apple will introduce new iPad tablets during its keynote today, it will probably not rely too much on the announcement of an iPad Pro with a large 12.9-inch screen. The latest leak confirms the arrival of a tablet iPad Air 2 and a new iPad Mini Retina that should continue to be offered to the public but a large segment of iPad strategy is not yet valid.

The New York Times reaffirms its existence through non-cited sources indicating that the tablet in question is not yet finalized, nor even considered a product official from the group.

It would always be a product of laboratory and must pass various stages of maturation before being considered good for marketing. The partnership announced with IBM earlier this year still shows a desire to strengthen the professional segment.

In addition, Tim Cook, Apple's CEO, recently recalled if the iPhone and iPad were present in most large enterprises, their penetration is still low.

So see how the group of Cupertino can negotiate this shift toward professionals. Indications of a dual Mac OS and iOS on an iPad Pro is to be confirmed.