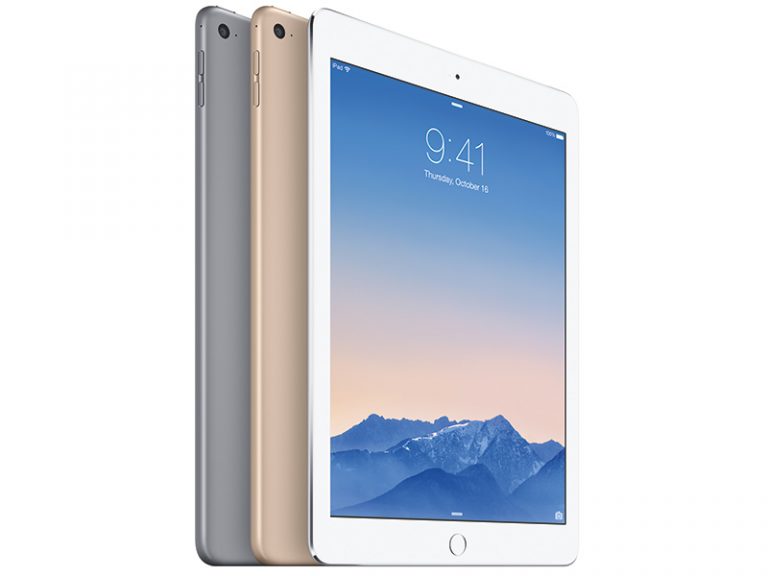 iPad has been already sold 225 million in 4 years. The iPad Air 2 tablet presented during the keynote must respond to this challenge by its finesse, Apple A8X processor and Touch ID Module.

With its fleet of 225 million iPad elapsed and an impressive catalog of 675,000 applications for its tablets, the Apple group unveiled during its October keynotea new iPad Air 2 tablet, one of its latest device that has transpired for many days, despite the cult of secrecy imposed by the company.

iPad Air 2 tablet plays great finesse of only 6.1 mm thick, 18% less than the iPad Air. A result obtained by the new screen technology used which reduces the thickness of the slab and offers the advantage of a better passage of the light. The 9.7-inch Retina display also benefits from an anti-glare treatment.

Note also that the rumors about the lack of mute b

tton on the side of the iPad Air 2 were not based. There are now only two buttons for controlling the volume with a revamped design.

On board, it comes with a processor of Apple A8X which is a small change compared to the Apple A8 in the iPhone 6. The first details provided by the group of Cupertino indicate a 64-bit architecture with a CPU of 3 billion transistors for improved 40% over the performance of iPad Air and 2.5 times faster GPUs. The SoC Apple A8X also includes a M8 coprocessor.

Apple always promises 10 hours of autonomy and improves its camera sensor with iSight 8 megapixel unit with an aperture of f/2.4 and is capable of recording Full HD. It benefits from a signal processing chip specifically designed by the Californian giant.

Found in the New iPad Air 2 like the iPhone 6, the presence of a Touch ID module and management of Apple Pay mobile payment service, although the tablet does not have an NFC connectivity or management of 4G LTE to 150 Mbps for cell release.