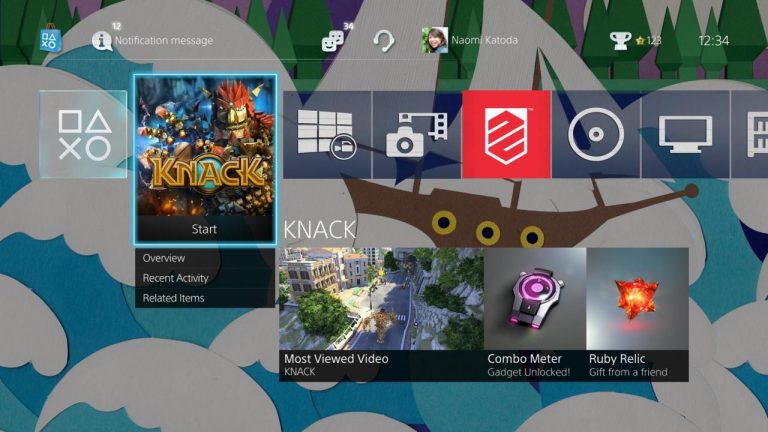 Sony released the new products that is to be integrated with the PlayStation 4 within the updated firmware version 2.0. This includes the possibility to listen to music from a USB drive, make a backup of the data on external support, and various improvements.

Sony is preparing the release of the update to the PlayStation 4, the firmware 2.0. This brings a number of innovations, always with a view to bring new features and enhancements of existing services.

At first, the manufacturer has announced the addition of the USB Music Player function. It will be possible to connect a USB console to play the music stored there. For now, the supported formats are: MP3, MP4, M4A and 3GP.

Still using an external USB support, it will be possible to perform a data backup of the PS4, including save games, videos, images and other settings.

The function of Share Play also will appear, to share an online game with PSN friends without requiring that they have the game on their side. This new feature will also provide the opportunity to hand over to an online friend, who will take control of your game.

In terms of improvements, it will be possible to change the theme of the console interface, but also the color of the background of the seven colors made ​​available.

Friend suggestions will be set according to your habits of players. The selection bar shows last 15 titles and applications used, others will be placed in the library.

The livrestream will also be improved, particularly with the addition of a new sort feature (per game, stream friends, etc). In addition, new voice commands are added to navigate to the different voices in the live video.

The last firmware update 2.0 for the PS4 will be deployed very quickly, the exact launch has not yet been specified by the manufacturer.