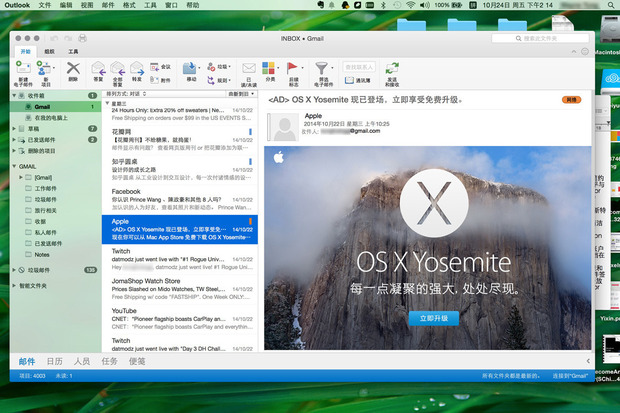 A confidential document from Microsoft reveals the contours of the next version of Office for Mac.

The website CnBeta had already published screenshots of a new upcoming version of Outlook for Mac. This time, the site provides online document of Microsoft which is supposed to be governed by a non-disclosure agreement and highlights various elements to expect with Office 2015 for Mac.

This document is not, however, probably the freshest. It indeed refers to SkyDrive, the former name now for OneDrive. This reference to SkyDrive appears in a chapter on the integration of Office 365, SkyDrive and SharePoint.

The general feeling is in any case an approximation assumed that the interface with the Windows version, although it is likely that the specificities of Yosemite will be taken into account, in addition to support for Retina displays.