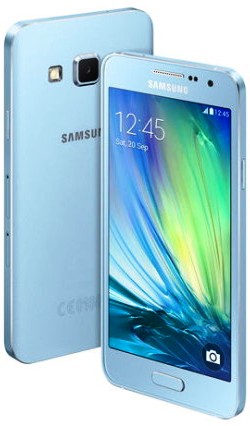 Samsung formalizes the existence of the Galaxy A range derived from its Galaxy Alpha model and announced Galaxy A3 and Galaxy A5 smartphones.

After the smartphone Galaxy Alpha reintroducing metal in mobile products of Samsung Galaxy A range, there has been many rumors that finds a realization and today they announced two smartphones: the Galaxy A3 and Galaxy A5.

As expected in the rumors, the Galaxy A3 is an entry-level range with a 4.5-inch Super AMOLED display with resolution of 960 x 540 pixels and a 1.2 GHz quad core processor (which is a platform of SnapDragon 410 64-bit even if it is not specified) and associated with 1GB of RAM.

It has a storage space of 16 GB expandable by memory card slot and a battery of 1900 mAh, all under Android 4.4 KitKat. 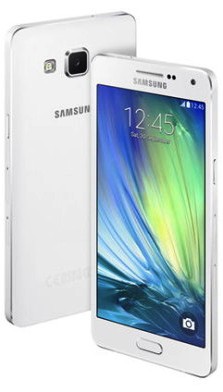 The Galaxy A5 offers a 5-inch Super AMOLED display with HD resolution (1280 x 720 pixels) with the same quad core 1.2 GHz processor but associated with 2GB of RAM and 16GB of storage, expandable to memory card slot.

It features a 13 megapixel digital camera on the back and also runs on Android 4.4 KitKat. Both smartphones of Galaxy A range will be available in several colors from the month of November with a launch in China to begin before spreading to other markets.

Prices are not disclosed but should be able to expect a grid between 350 and 450 dollars. No traces of any Galaxy A7 smartphone under Snapdragon 615 previously mentioned in rumors are found yet.