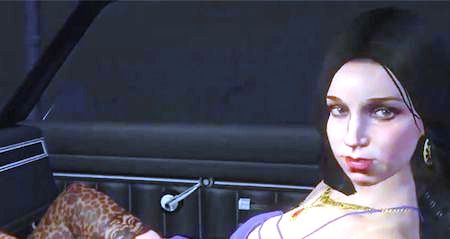 Strauss Zelnick, CEO of GTA V publisher, recently spoke about the heightened immersion of the new version of the game on PS4 and Xbox One with the view in the first person. The scenes of sex and murder of prostitutes are particularly highlighted.

Released this week on Xbox One and PlayStation 4, Grand Theft Auto V (GTA V) was talked much about it because of its first person view that brings a whole new dimension in terms of gameplay. Small malignant even took advantage of this mode to enjoy sex scenes with prostitutes with a different point of view.

This excerpt recently published in our columns, highlights a little "treat", followed by the outright murder of the girl and with a view to recover the money of the service.

On this free and "brutal" violence because of the FPS view, the head of Take Two – Strauss Zelnick – has brought his vision through Bloomberg TV:

"Well, I don’t look at it that way at all. Look, this is a criminal setting. It’s a gritty underworld. It is art. And I — I embrace that art, and it’s beautiful art, but it is gritty. And let’s not make — you know, let’s not make no bones about the environment in which we operate. And we stand shoulder to shoulder with other major motion picture releases and major television shows that explore a similar universe. So yeah, this is a tough universe because it’s a criminal universe. However, there’s hundreds of hours of gameplay. People have been engaged with Grand Theft Auto Online for over a year and there are plenty of things to do, and it’s an incredibly exciting environment.

But can it be rough? Absolutely"