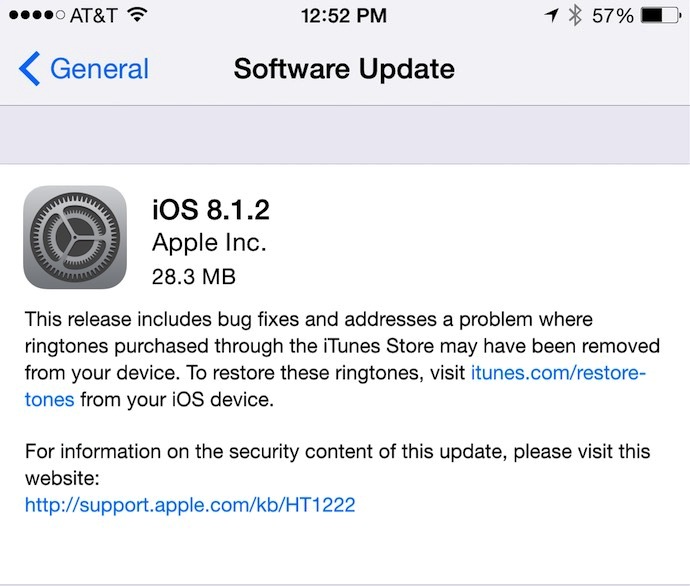 Apple is quietly offering a new minor update for its iOS 8 system, with iOS 8.1.2 making some corrections and a solution to ringtones purchased from the iTunes Store but it does not appear in mobile devices.

The group of Cupertino has unsheathe a new minor update for its iOS 8 system which now is in version iOS 8.1.2 after a version of iOS 8.1.1 proposed there less than a month. The description of the changes is rather light.

This new version promises to fix various problems including the loss of ringtones purchased from the iTunes portal on mobile devices. Apple says to consult the page itunes.com/restore-tones from an iOS device and follow the instructions. 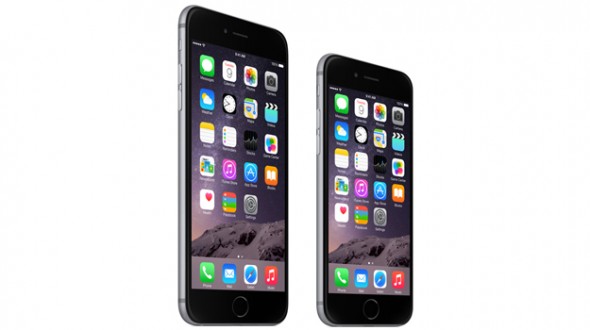 It is not forbidden to think that this update is also intended to plug some of the vulnerabilities exploited by the jailbreak Taig which is able to unlock iOS 8.1.1. The controversy that followed its launch just concerned the risk of premature unveiling a minor version of the OS vulnerabilities that could be exploited for more strategic releases.

The fact is that users can retrieve the updated iOS 8.1.2 now if they have iPhone (4S, 6 or more), iPad (iPad 2 and iPad Air 2 and all iPad Mini) or fifth-generation of iPod.