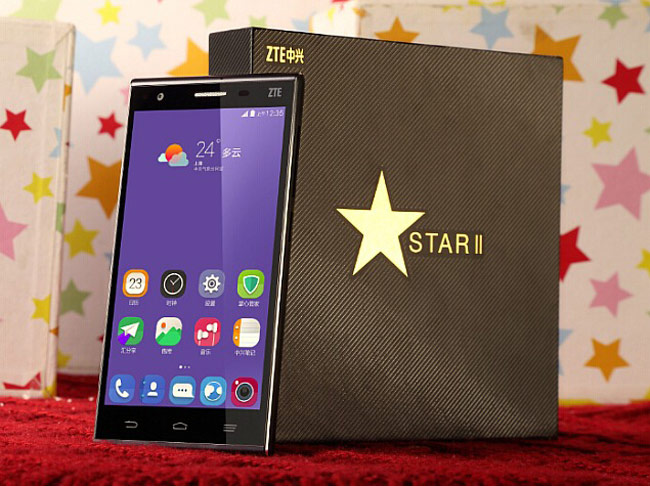 The manufacturer ZTE has formalized its new smartphone called Star 2, a second in the series that signs a move in the upmarket, with the passage of a mid-range SoC Snapdragon 400 to a high-end SoC Snapdragon 801.

Captured in the hands of the TENAA certification body, the ZTE Star 2 smartphone has just been made ​​official with a price of 2499 yuan, the equivalent of 327 euros.

For the software part, we talk about a Android 4.4 KitKat operating system with a graphical overlay of MiFavor 3.0 and voice recognition extended to calling when approached to the smartphone to start the audio playback. We're talking about 1.2 seconds response time with a 90% success rate, even in noisy environments without the need for an Internet connection.