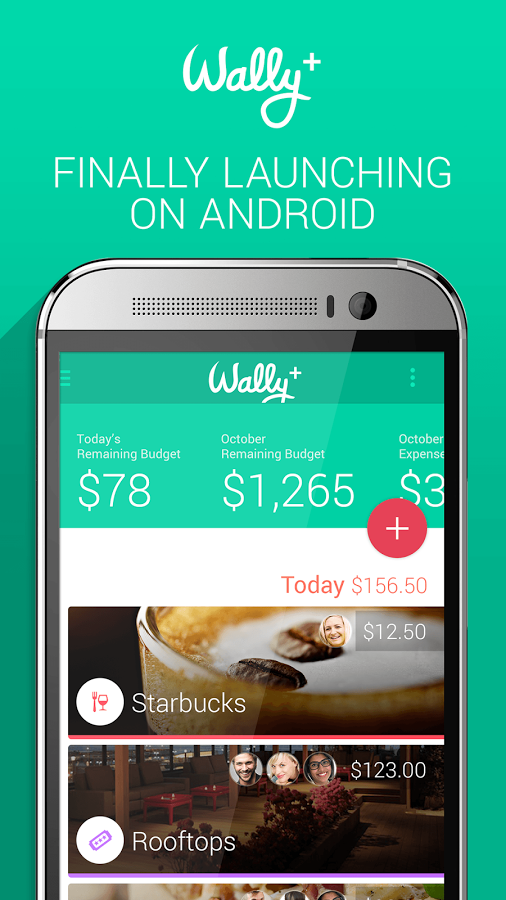 Wally, the world’s leading lifestyle app for insights into how your money behaves today announced the public release of Wally+ for Android. Over 5000 people from the global community helped by beta testing Wally+ to obtain early access.

Wally first launched in 2013 on the iPhone where it maintained a global average 4.7 out of 5 stars on the Apple App Store, reached the #1 finance app in 22 countries, and reached the top 10 in 52 countries (with India, China and the US as the top 3 markets). Wally users have lauded the app for its “ease of use”, “beautiful and intuitive design”, and being “fun, simple and convenient” and real-time insights into their financial life.

The team behind Wally is launching the completely redesigned Wally+, exclusively for Android users. Wally+ introduces several powerful new features to allow users to take control of their money including:

●      Bankless Management: No need account numbers or bank passwords to function, while giving a comprehensive picture of past expenses, present financial situation and future aspirations.

●      Experiences, not Expenses: Attach photos and tag friends to capture the people and moments associated with each expense.

●      Power of Community: Using aggregated, anonymous data from similar users to give unprecedented context and help answer questions like ‘Are my spending patterns typical? Do I save more or less than people like me?’

Regarding the decision to release Wally+ on Android first, CEO Saeid Hejazi remarks: “We are really excited about Android and decided to start afresh taking into consideration the feedback from our iOS users. We’ve made Wally+ more powerful, more beautiful while keeping the same intuitive interface. After getting requests from around the world, we decided to build across 18 languages.”

Wally+ for Android is available free of charge to the public via the Android Play Store now, just in time to take control of your holiday spending.