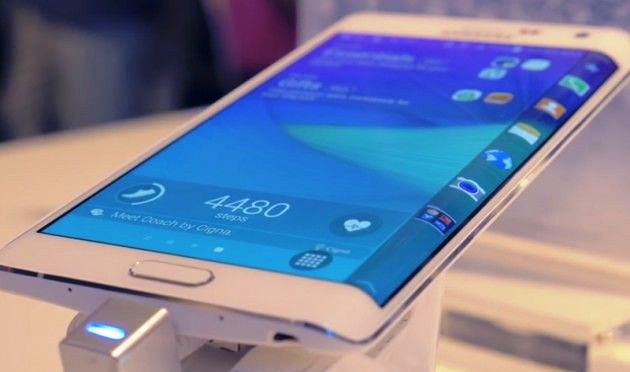 As a confirmation of the existence of a Galaxy S6 Edge, alternatively a patent obtained by Samsung describes a smartphone with a stretched display on both units.

The Galaxy Note 4 phablet was launched at the IFA 2014 show alongside a variant Galaxy Note Edge with a view stretching up on one of the edges with new opportunities for flexible displays.

It will probably not be very long before the Korean giant to disclose a device whose screen would extend on both side of the edges and it is perhaps a Galaxy S6 Edge derived from its next smartphone reference that could be the ideal candidate.

If its existence remains questionable, patents are obtained by the Korean manufacturer and highlighted by the site Patently Mobile that describes a smartphone whose display stretches over the slices and up to the back. The additional display is used to display notifications even when the smartphone is positioned on the screen.

This remains a general patent describing a concept that will not necessarily be implemented, or will not be used before the technologies are actually available. Yet it gives an idea of ​​the general direction to be taken by Samsung for these future devices, breaking with the traditional black rectangle and its flat slab that remains to the archetype smartphone currently.