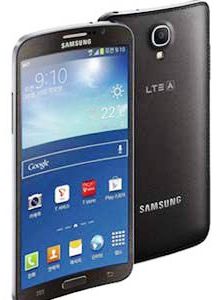 There is a mysterious Samsung smartphone with model SM-G930, which would rank high end. Probabl, a sequel to the Galaxy Round curved screen smartphone?

According to a new leak coming from Upleaks, Samsung is preparing a high-end smartphone with the designation called as SM-G930. No details are given about this new model that may be coming but this brings a reference index.

In 2014, the group unveiled its Galaxy S5 model under the name SM-G900 at the end of 2013 but it was a SM-G910 smartphone that was announced and was none other than the Samsung Galaxy Round, the first smartphone with curved flexible display.

Knowing that, Galaxy S6 and Galaxy S6 Edge smartphones are identified under the reference of SM-G920/SM-G925, it is possible to imagine that a SM-G930 model could be a successor to the Galaxy Round. The rival LG Electronics has already begun marketing a model of LG G Flex 2, we can assume that Samsung is also preparing a Galaxy Round 2.

We have to wait and see if it will retain a curved screen in the direction of the length, or whether it will benefit from a stretched display on one or two slices and finally it will be announced at the MWC 2015 in Barcelona week.