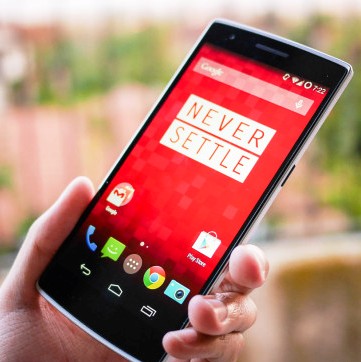 The owners of the OnePlus One smartphone have not yet received the latest Android Lollipop update and they will have to wait a bit.

While users of the smartphone OnePlus One awaited for the Android Lollipop update in the month of February, still nothing yet is released.

As explained in a tweet posted on February 23 by Carl Pei, one of the founders of the Chinese company, users have to wait a little bit. A few weeks at most. The time is currently in alpha stage and the skilled stable version will not arrive until March.

Recall that, for OnePlus One smartphone the Android Lollipop update will arrive in the form of two ROM: ROM again designed with the Cyanogen team and a new ROM developed in-house by the name of OxygenOS. The second ROM should allow more independence and avoid setbacks like those found in the Indian market.

The new Android Lollipop turns around for memory management notifications, security and autonomy, to which own things are added to the overlay of the manufacturer.