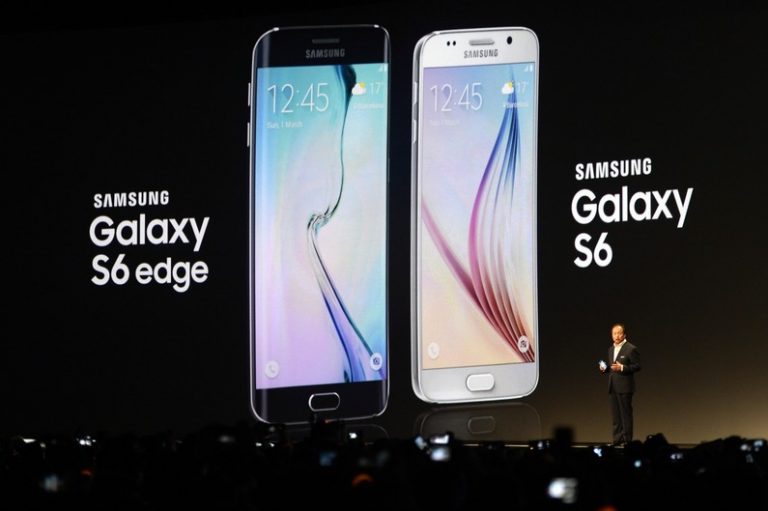 "No other smartphone can compete with the Galaxy S6." It is this circumstance assertion in this type of conference that JK Shin, head of Samsung's mobile division has unveiled the new Korean manufacturer's flagship smartphone this Sunday on March 1st. On the eve of the opening of the Mobile World Congress in Barcelona, ​​Samsung has presented its latest generation smartphone to the press, which should allow it to regain ground against Apple, including historical results in the last quarter to only leave crumbs to competition.

Like its California rival, Samsung unveiled two models: the Galaxy S6 and its variation Phablet (large) with double curved screen, the Galaxy Edge S6. Ultra-thin, Galaxy S6 displays a line of 6.8mm thickness only. The other model, Galaxy Edge S6, comes with a 5.1-inch HD screen announced with a gain of 77% of pixels compared to the slab of its predecessor, the Galaxy S5. The Edge version comes in turn from the first double curved screen for a smartphone.

As expected, it was completely reviewed with Gorilla Glass 4, a type of aluminum glass, and given the plastic in the closet, confirming the intention of the Korean company to go upmarket. Samsung provides in passing that the Galaxy S6 does not bend, nod to bendgate that followed the release of the iPhone 6 Plus. S6 and S6 Edge are both equipped with a camera sensor that opens in less than a second at a resolution of 5 million megapixels on the front and 16 million megapixels on the back.

Samsung assured during the conference that the battery of Galaxy S6 is reloaded twice as fast as the iPhone 6. Above all, it will be powered by a wireless dock, a feature that is becoming widespread. Both models also presented mobile contactless payment solution called Samsung Pay, certified by Visa and Mastercard.

The output of the Galaxy S6 and Galaxy S6 Edge is scheduled for April 10th in twenty countries in 32GB, 64GB and 128GB. They will be available in five colors, white, black, blue, green and gold. However, no official price has been announced yet. Rumors expect for a range in between 949 and 1049 euros, which would make it the most expensive smartphone in the market.