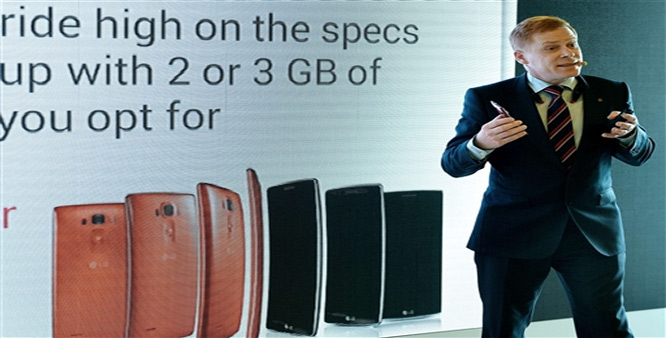 Announced at CES 2015, the LG G Flex 2 and its curved screen was highlighted on the LG Electronics booth at MWC 2015.

LG Electronics did not reveal flagship store in the MWC 2015, but the Korean manufacturer has managed to make its booth attractive with several nice products. Part of its space is devoted to its last smartwatches, LG Watch Urbane and LG Watch Urbane LTE, the latter serving for connectivity demos and car interactivity with Audi.

The other star of the stand is the smartphone LG G Flex 2 with curved display. Unveiled at the CES 2015 in January, it still impresses with its curved display. It's also that it is responding with its processor Snapdragon 810 and a HD resolution at Full HD display.

The banana shape is still there and the handling is pleasant, especially since the screen size is from 6-inches to 5.5 inches. On the back there is the expensive key system to LG. Now, we are still waiting for some news on LG G4.