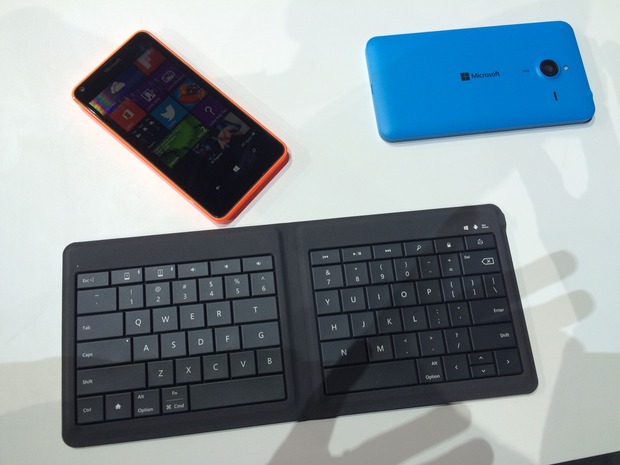 All preparations for the migration of Windows Phone to Windows 10, Microsoft unveiled at MWC 2015 in Barcelona two new smartphones at an attractive price: the Lumia 640 and Lumia 640 XL.

The Microsoft group had already given an outline of its mobile strategy by unveiling the Windows 10 interface earlier in the year but there are also two new smartphones that were announced during the MWC 2015 in Barcelona.

Both are Windows Phone 8.1 but will migrate to Windows 10 when the time comes and they are positioned on the entry-level segment. The first is the Lumia 640, a smartphone with a 5-inch HD display (1280 x 720 pixels resolution) protected by glass Gorilla Glass 3 and equipped with a Snapdragon 400 quad-core processor at 1.2 GHz associated with 1GB of RAM and 8GB of storage memory, expandable with microSD memory card slot.

On the back there is an 8 megapixel camera with LED flash and a 0.9 megapixel camera wide angle at front. The Lumia 640 smartphone can rely on a battery (removable) of 2500 mAh offering up to two days of autonomy on 2G talktime (and more than 17 hours on 3G). 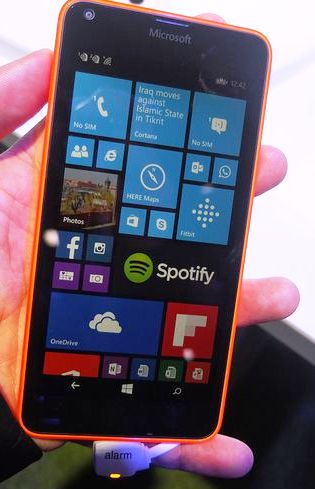 On board, there is Windows Phone 8.1 OS updated with Denim but also the Office 365 suite with a year subscription offered. The Lumia 640 will be offered to 139€ 3G version and 159€ version of 4G/LTE.

Its cousin Lumia 640 XL is positioned in the segment of phablets with a 5.7-inch HD display and also protected by Gorilla Glass 3 and the same hardware platform based on Snapdragon 400 with 1GB of RAM and 8GB of memory storage, expandable with microSD slot (up to 28 GB).

In addition to the larger screen, the Lumia 640 XL also benefits from a 13 megapixel back camera with Carl Zeiss optics and a camera sensor of 5 megapixel wide angle at front. It also benefits from a 3000 mAh battery providing 24 hours of battery at 3G communication. And always with the offer of Office 365 for one year.