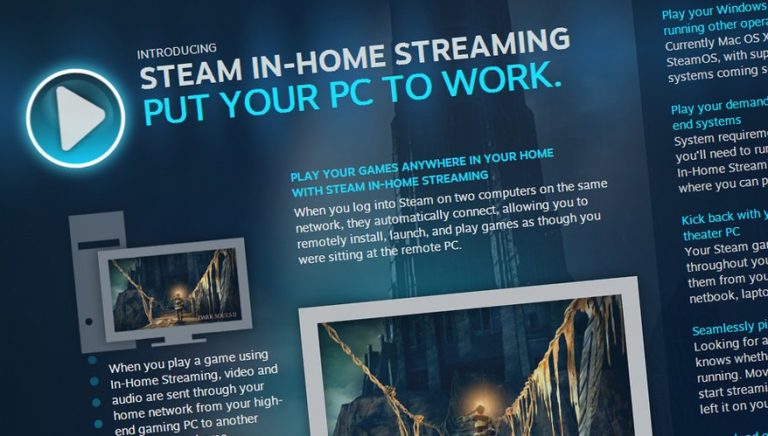 During the conference of GDC 2015, Valve announced Steam Link, a housing device that allows streaming of your PC Games/Mac/Steam Machines on an external device such as a television. Explanations given below.

While the Game Developers Conference opened today, the studio Valve has announced the development of a new device called Steam Link.

The latter, presented in pictures, looks like a small box that proposes to broadcast streaming of your Steam games on Windows/MacOS/GNU/Linux/ Steam OS to another source such as a TV.

The product detects hardware by running the Steam client on the home network and disseminates 1080p and 60 frames per second on a TV.

In terms of connectivity, the Steam Link has an HDMI output, two USB ports and an Ethernet jack. The material will be particularly compatible with the Steam Controller, a joystick in development at Valve.

Steam Link is set for release in November 2015, and proposed at a cost of 49.99 dollars in the United States. Valve has stressed that the European price will be soon revealed.