While Intel and Micron are positioned on flash memory of NAND 3D, SanDisk and Toshiba unveil a second generation of NAND 3D that can stack up to 48 layers instead of 32.

After Samsung's V-NAND, it is Intel and Micron that have announced their plan on NAND 3D flash memory with a technology that is expected to develop high-capacity SSDs in very compact formats.

NAND 3D allows to stack memory module layers in order to increase the storage density while occupying a small footprint on motherboards with benefits in terms of size and power consumption. 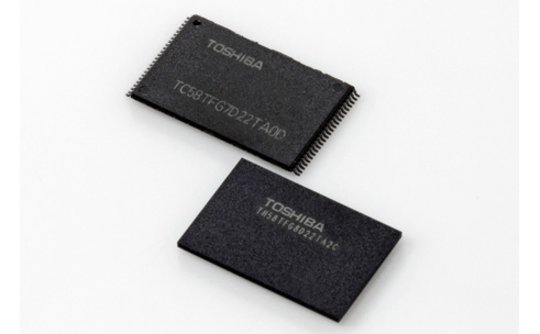 At the same time, SanDisk announced that it had developed with its partner Toshiba, a second generation of NAND 3D whose technology is called BiCS2 (for Bit Cost Scaling).

Where competitors offer 32 layer stacks, the BiCS2 technology will achieve 48 layers of stacked memory components. Industrial pre-production is scheduled for the second half of 2015 from the company co-operated in Yokkaichi, Japan, and industrial production will start in 2016.

Obviously, SanDisk already announced that it will offer this NAND 3D BiCS2 memory in a future range of high-capacity SSDs for the professional market.