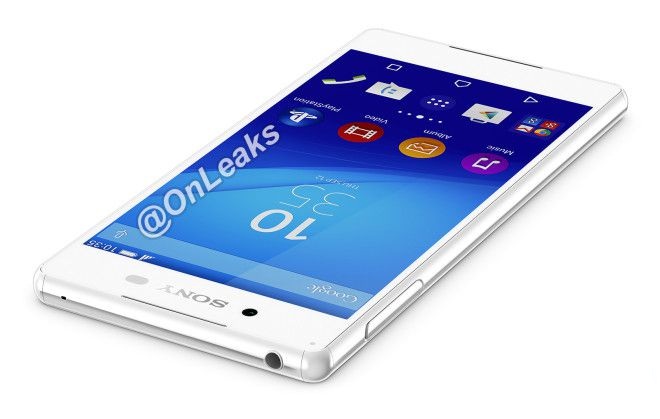 The technical specifications of the Sony Xperia Z4 smartphone is now leaked. Some may be very disappointed, since it would apparently forget 2K/QHD with the next flagship from Sony.

The smartphone Sony Xperia Z4 was seen in a GFXBench benchmark recently. After showing a visual not too far from reality, now we discover its main technical characteristics.

The new information initially confirm the Qualcomm SoC Snapdragon 810, which would take advantage of a 64-bit octacore processor (4 x 4 x A53 + A57) coupled with 3GB of RAM, an Adreno 330 graphics solution and a modem of 4G/LTE cat 9 at 450 Mbit/s. 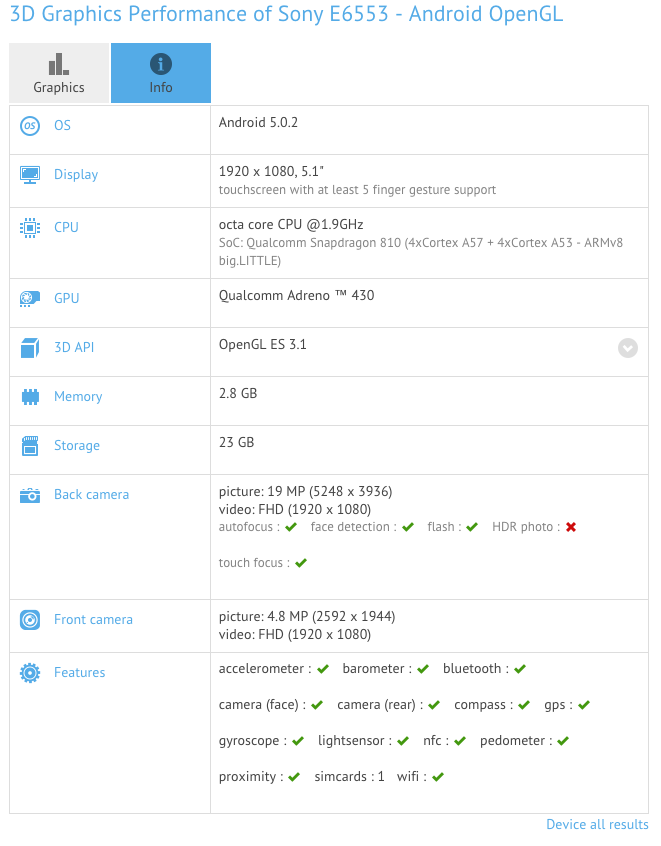 They then specify the screen, which would be a model of 5.1-inch display capable of a definition of 1920 x 1080 pixels. The 2K/QHD is not present that is offered by many competitors, including Samsung and Xiaomi. They suggest to complete it with a 20 megapixel camera sensor on the back, a camera sensor of 5 megapixels for selfies, flash memory of 32GB and an Android 5.0.2 Lollipop system.