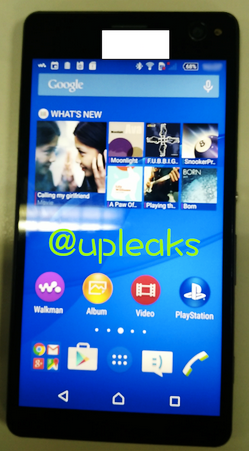 The Sony Xperia Cosmos smartphone now has a trade name. And suddenly we know its technical characteristics also.

In mid-March, there was a smartphone of Sony Xperia Cosmos which made a brief appearance on the web, revealing its design and interface to the Lollipop operating system.

Today, there is much talk about the same unit again, but with the trade name this time, since it should appear as Xperia C4 to the public. Now it is a benchmark on the Xperia C4 leaked on the web

It also evoked a 5.2-inch screen in a definition of 1280 x 720 pixels resolution, camera sensor of 5 and 12 megapixel, flash memory of 4GB expandable with MicroSD card and operating system of Android Lollipop.

Some forecasted a presentation of Sony Xperia C4 at the CeBIT in Hanover, but this has not been the case. Perhaps it will arrive in the summer like its successor, the Xperia C3 announced in July 2014.