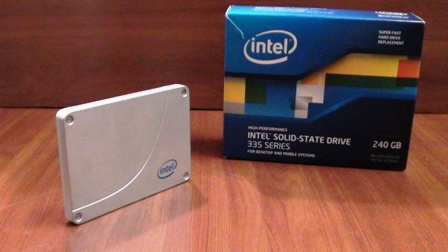 Intel delivers one of the fastest SSD drive under its 335 series. SSD’s are slowly taking place in the hard drive market where soon we are going to find a much durable replacement. In comparison to a regular hard drive, SSD’s are designed on more complex platform. Loaded with a high speed controller it is capable of delivering data speed at the ratio of 300 to 400 mbps. Intel’s 335 Series SSD are designed to deliver performance. Intel has kept the drive space enough to keep save your multimedia content also. We had tested some SSD before on an older system just to test out whether upgrading to SSD is wise choice or not. We were happy to find out, just by adding a SSD drive, your system performance is boosted more than 4 times. Leaving all other brands aside.

Intel delivers the best in the market so far. There is a common interface that allows the SSD to work on PC as well as on Laptop. It is an ideal solution for data backup. Now with 240GB of space you can install an OS and use it easily. The space reduces relying on secondary hard drive for data. You can keep all your multimedia content on the second drive and get a performance boost on SSD. It is built on 20nm Intel Nand Flash Memory (MLC). Adding a MLC instead of SLC, it was possible to get high drive space at low price budget. A regular 32GB SSD in the market will cost you above Rs.15,000 while Intel is selling this 335 Series 240GB SSD for Rs.10,700. That is not bad at all. And you do not need to worry about any performance issue. 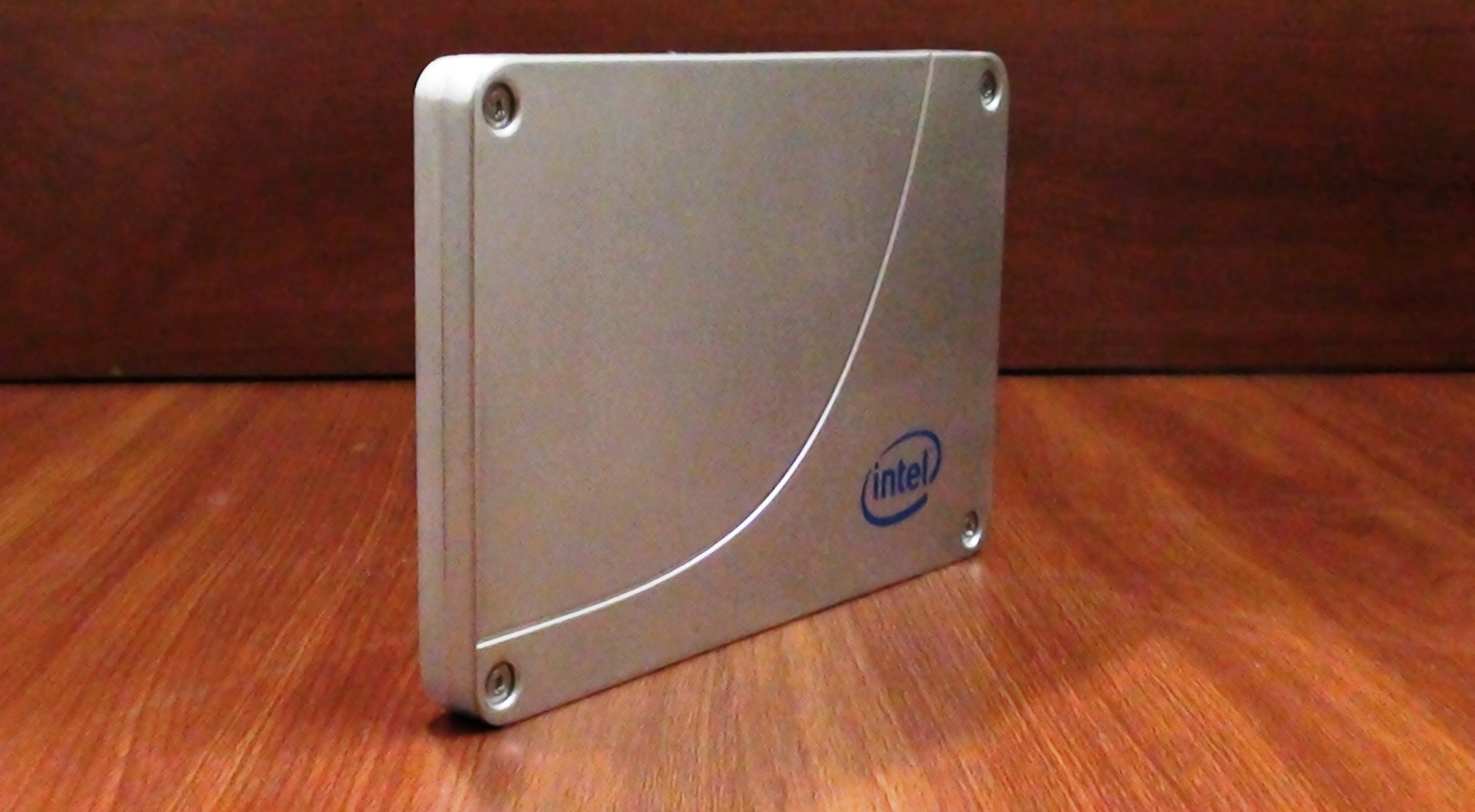 As per the specs we had seen the SSD is capable of delivering 500MB read speed and 450MB write speed per second. The performance fluctuates on the basis of the system you own. It is not possible to get maximum speed on old hardware. For example you can get optimum output on a new motherboard that has better system bus, 6GB/s SATA interface and a good processor. But still if you are on an older hardware then you can expect a good ratio compared to what you are getting right now. We are going to test this both on a new and an old hardware.

You can also use the SSD with a laptop using MicroSATA to USB Cable. But for better speed it is necessary that your laptop must have a USB 3.0 port. Or else the data rate will be affected. On a system that does not feature a 6Gbps port, we were able to get around 270MB/s of transfer speed. This was the maximum. Internally from one partition to another inside the SSD a 19GB data was transfered within 5 minutes. That is quiet well. The same is not possible on a SSD which is much smaller in the data size. 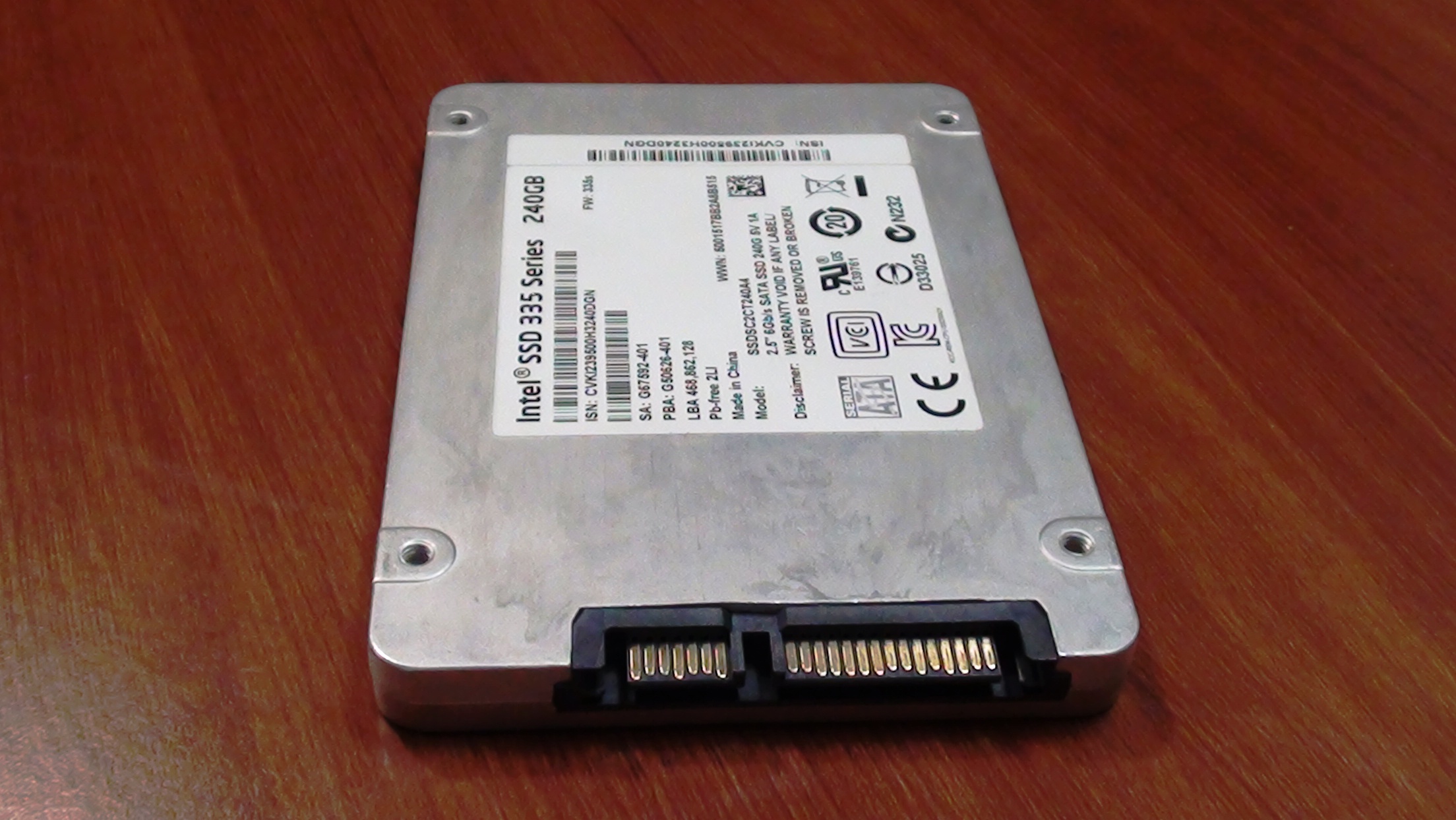 It will be lame to discuss much on the design. What specifically matters the most is its features. SSD is a costly investment and till today I am sure manufacturers are not able to convince the buyers completely. Intel has designed the SSD on its own proprietary platform. That gives it an industrial standard power and performance. It does not matter for what you are using it for. You can hook the SSD for backup to cloud or virtualization. It is capable of giving balanced performance due to the durable design. And if you are not willing to use it inside your system with a simple SATA to USB adapter you can hook the drive on the laptop and copy the data instantly. Not going much on the technical description we found the drive powerful enough to boost the system performance upto 5 times. There is an enclosure that you can easily use to connect the drive inside the desktop. It is easy to use and with simple SATA connection. The package content comes with a set of manual and SATA cable. There is no caching software provided with the SSD.

For SSD it is necessary to have some caching software. Or else it will not perform well. But the Intel 335 Series SSD works very well even without any caching software. I had mentioned above the speed and performance that allows you fast data transfer speed. There is no problem using the same. It works on Intel’s Sandforce controller which manages the performance and delivers optimum performance. 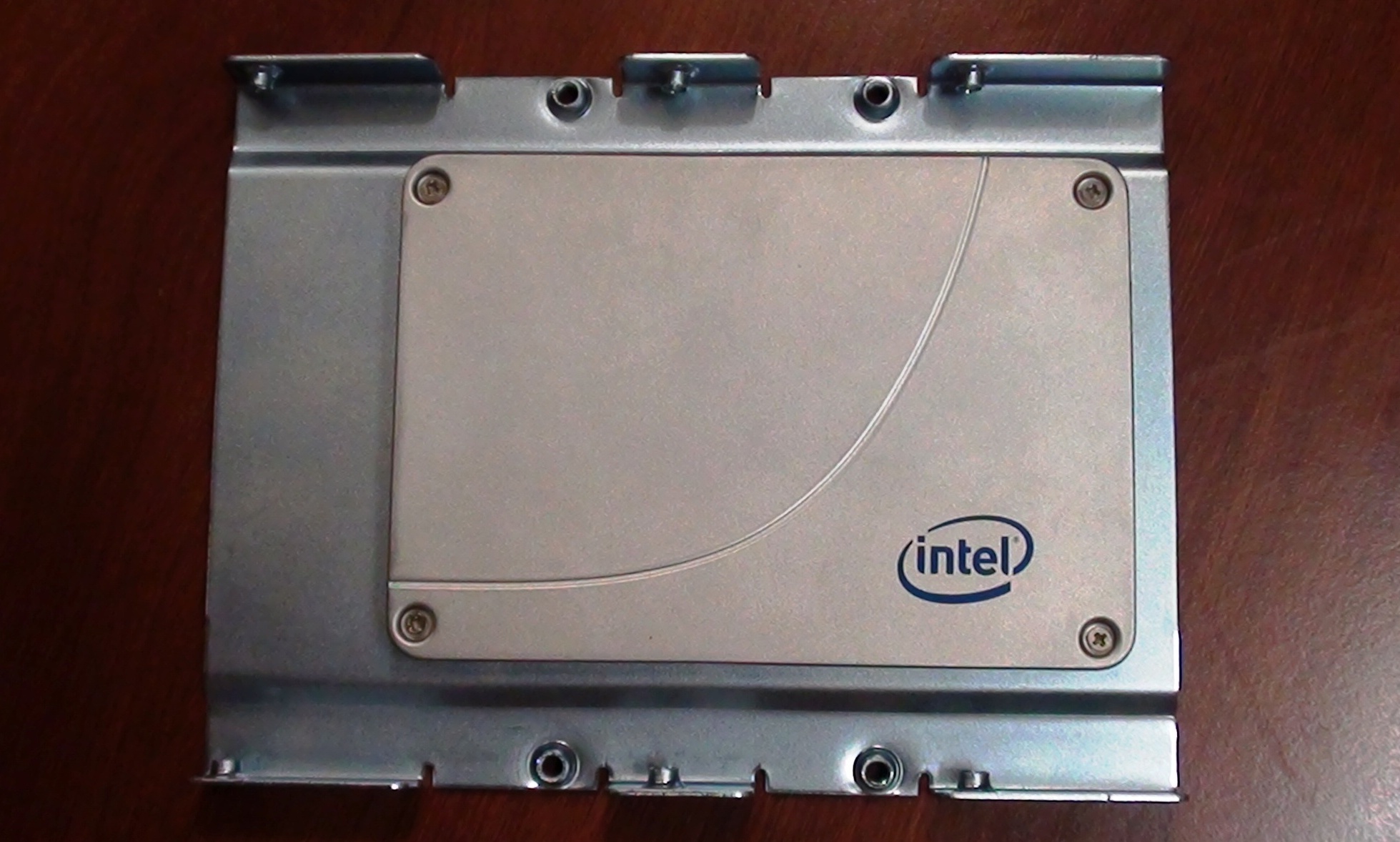 There are 3 series of SSD drives provided by Intel. They are – 330 series, 335 series and 520 series. Among which this 335 series is capable of delivering a mid level performance and works best. There is no problem with the configuration and setup. All these SSD that comes in the series discussed, offers 6GB/s transfer speed. The only difference is NAND flash Memory used inside it. But you can go for other series depending on the performance needed. The maximum read speed offered by 335 series is 500 Mb/s and write speed is 450 Mb/s. While the higher series delivers you just 550 MB/s and 520 Mb/s. There is not much difference.

It delivers a 10 to 20% higher performance or even lower.  The drive is durable to give you long hours of regular work. It is efficient in power utilization also.  We had tested Windows 8 on the drive. It worked quiet well and there were no problems with the setup also. It took hardly 15 minutes to install Windows 8 on this SSD. The boot time was increased by 4x time faster compared to the regular hard drive. This SSD is capable of giving you more output at a low cost.

There are common assumptions that SSD are always a kind of costly upgrades and that is the reason why many people do not want to purchase it. At the time of buying a pc, you must go with all available option that you have for SSD. There are some more budget SSD drives but they do not deliver you a good internal space. With a platform where common Intel devices are configured you can simply create your own powerful server with best performance.

The price of Intel 335 Series 240GB SSD is Rs.10,700. So at a price range of Rs.11,000 you are able to get a drive that is in performance 5 time faster in comparison to the regular. It is a powerful upgrade solution for data backup and safety. There are some set of utilities that can help you to optimize the drive and also to find out the status of this SSD. You can configure the drive on Raid partition, which is more durable, compared to the regular drives. For pc, server, etc; it is one of the most reasonable products that you can go for. The read and write speed still works much better on older platform also.