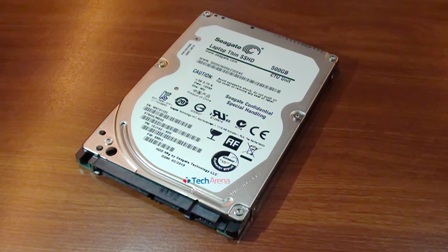 SSD’s are one of the fastest performing hard drives available for today. They are reliable and fast boosting the performance of any system to extreme level. For laptops SSD’s can be ideal choice. But they are costly. In terms of upgrade when you go for new internal hard drive, a 6Gbps 250GB SSD can cost you Rs.11,500 while the regular hard drive of 6Gbps 2TB will cost you Rs.6,000 or even lower. There is a huge difference between them. The difference also applies to performance and reliability. So manufacturers came with a mid-way to give reliability as well good performance by providing SSHD. SSHD are hybrid Hard Drives. They work on a common technology of NAND Chip & Disk Platter. This type of drives gives a composite feature of SSD and regular Hard Disk. They come at affordable price range.

Ideal choice for laptops, they can be used on desktop as well. Opting for SSHD over SSD has great benefits. Seagate 500GB SSHD comes for Rs.6.000 + Taxes. We have double space, SSD features and portable size. It is an extremely thin hard drive with powerful performance. Long back Seagate and Samsung were the first to release first SSHD. This drives comes with 256MB NAND chips in them. The motive of designing a entirely new breed of hard drive, is better power efficiency, more data read/write speed and cost effective upgrade solution. SSHD’s works on a technology that mixes a NAND chip with movable disk platter. Programmed to manage data bifurcation among NAND and Disk Platter. SSHD operation on Dual Drive technology where the drive is capable of moving data to NAND chip or to the regular disk platter which runs on the basis of rpm.

So here priority data are kept in the NAND chip to boost the performance. This not only improve system output, but also offers you faster defragmentation, a bit of data reliability and obviously budget upgrades. We are going to checkout  SeaGate 500GB Laptop Thin SSD. Ideally designed for portable system, it is a valid upgrade. The drive comes in different variation. Loaded with SSD performance, 6GBPS SATA interface and extremely thin design. The 7mm design makes it quiet portable where you can also use it like a external drive through enclosure. SSHD offers better boot time and faster data transfer rate. A kind of good upgrade for those who are not willing invest on SSD’s but still looking for reasonable upgrades. Before moving ahead you can a short specs and features of SeaGate 500GB Laptop Thin SSHD. 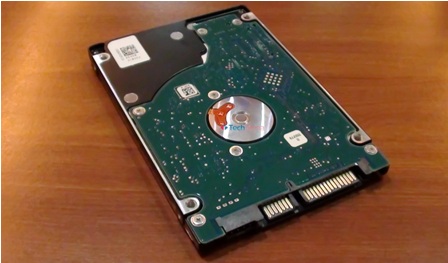 SeaGate Laptop Thin SSHD comes in multiple variants. The models available are 500Gb, 750GB and 1TB. Among which we will be testing the 500GB version. The drive features ultra-thin design. Ideally designed for laptops, the usage is very simple here. Dimension of this drive is 9.5×7.0mm in terms of height, 69.85×70.1 in terms of width. It is a 5400rpm hard drive with 2.5inch body cover. The drive is also powered by 8GB NAND flash chips for better performance. This NAND Flash is dedicated to the Cache memory. So that your frequently used applications and programs are more faster to access. While 5400 rpm does not really put great impact on data transfer.

I was expecting this around 7200rpm to compete with my existing internal drive. NAND Flash looks to be the only added advantage with ultra thin design. The drive is just 7mm thick. It fits well inside a laptop. Featuring ultra portable design, there is a desktop version also available. Now ample of laptop comes with single hard drive slot only. Due to which you might need to remove existing to add this one. While it is a wise choice for those system who comes with multiple hard drive support.

I would love to make this a external hard drive by adding it on 7mm enclosure. That is a different thing. I had seen laptop manufacturer emphasize more on buying a SSD for optimizing the system performance. SSD reduces your system boot time and are ideal for high processing task. SSHD can compete them but not to full extent. SeaGate Laptop Thin 500GB SSHD is design with 8GB NAND Flash chips in them along with program that tells the drive to add data and process on the basis of preference.

SeaGate Laptop Thin SSHD offers performance on the basis of SATA 6GBPS/NCQ interface. That makes is extremely fast in terms of output. In terms of output the drive is capable of offering you around 10mb/s of transfer rate. Which is not really near to the transfer rate what we got on SSD, but better compared to the regular drive. We tested the drive on a Mini PC powered by a AMD Dual Core APU. My test was on the basis of a media server pc. Where around 300GB of HD videos are kept on the drive for streaming via lan, wifi and media center software. Compare to the output that we go on the regular 7200 Seagate 500GB drive this was better and reliable. The highest transfer speed I got was around 85mb/s. But the speed fluctuates. That looks to be common.

SeaGate Laptop Thin SSHD has a big size cache memory that stores all frequently used programs and files. For day to day, multimedia, etc I think 8GB would be really enough. But if you are looking for a serious performance which are applicable for servers and high end system then going for a dedicated 64GB SSD with cache software will be more better. There is no doubt that SeaGate Laptop Thin SSHD is capable of boosting your system overall performance.  Also Windows 8 works well on it. My major motive to get a new hard drive is to configure a reliable backup solution. And there are huge files which are moved over lan frequently. The drive output affects the transfer ratio. 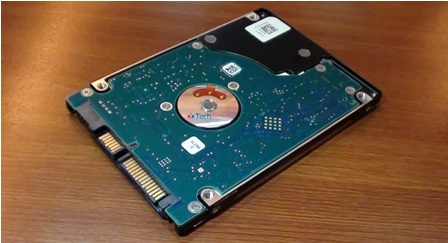 The same backup ended up a bit fast on the SSHD. For laptops, SSHD can play a vital role is boosting the output. You might not require to wait for long time once it is in your system. I think adding this drive with secondary hard drive will be more effective. This SSHD can act as your OS and applications boosting the performance and the second can act as the backup place where data lies. Power consumption is another important aspect that is directly associated with the drive temperature. SeaGate Laptop Thin SSHD requires only 2.7W of power while in usage while on idle it goes low on 0.9W. The power management here is effective that makes the drive to stay cooler and also increasing your laptop battery output.

SeaGate Laptop Thin SSHD is powerful enough to make your system performance much better. The firmware tells the drive properly to manage frequently used data and move the same into NAND flash. So that it Is not cluttered up and only required applications can take benefit from it. This kind of dual hybrid drives are designed to give you a bit benefit over the regular platter disk. Even after being the same kind of hard drive they are more than 70% faster compare to the regular one. Improved boot times, accelerated application performance, better data transfers, ultra-thin design, etc are some of the most prime aspect here. Along with 8GB MLC NAND flash chips, it offers you 64MB DDR2 DRAM and LSI Controller. Overall this SSHD is a ideal laptop upgrade and good for all kind of task. The cost of this SSHD is Rs.6000+Taxes in local market. The price fits well in the budget.