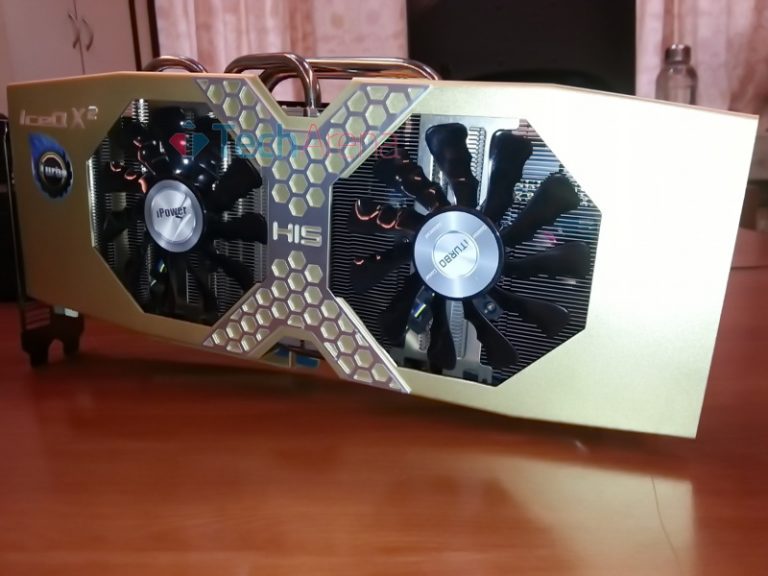 HIS Radeon R9 280X iPower IceQ X2 Turbo Boost is a very nice gpu that is based on AMD Radeon HD 7000 Series graphics line. The card delivers you ultimate performance due to its extreme hardware capability. Radeon HD 7000 series is a bit old now. We have choice going for the high end GPUs termed under R5, R7 and R9 series.  HIS Radeon R9 280X iPower IceQ X2 Turbo Boost brings back the performance of Radeon HD 7970 gpu. Based on that this card is equipped with more additional feature that not only makes it powerful but a beast with unmatched performance. And also there is a difference in price. It becomes one of the competitive models in the market against other sellers. The card cost around Rs.28,500 as marked on the box. The price differs in local market. It can be cheaper. From a gamers point of view, choosing HIS Radeon R9 280X iPower IceQ X2 Turbo Boost can be complicated because you already have the HD 7000 series in the market at a bit reasonable rate. You can still opt for a more budget gpu less than 3GB DDR5 based on the same graphics card line.

Design:
HIS Radeon R9 280X iPower IceQ X2 Turbo Boost is ideal for high end gaming pc. It can work in any pc with a 1000w psu and a liquid cooler in it. Or else it can still work fine on 650W or 750W. But the highest is the best here. This graphics card features a gold color design where at the front side you can see the fans. This big size fans are placed over a heat sink with heat pipes. The fan pushes more cool air inside cooling down the memory chips instantly. The card’s pcb consist of hynix memory chip. It is a thick and heavy card and it fits well but you need a full Tower case. Like the one which we are using is Corsair Graphite 600T. The card fits really fine on that. Being a full size case, there is still ample of space left for the air to flow properly.

Front/Back: At front you can see dual size fan placed that add more to the cooling stuff. This card really needs a big space to fit inside a computer case. 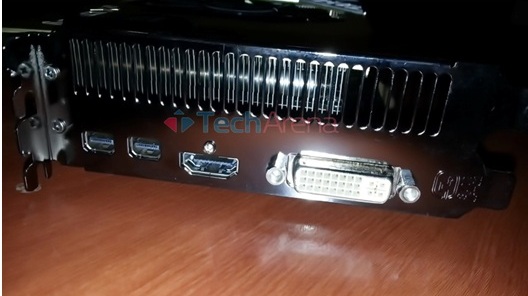 Connectors: For connectivity the gpu offers one DVI, one HDMI and dual mini display ports. It runs on two 8 pin power connectors.

Heat pipes & Fans: Heat sink and Heat pipe surround the entire card. They are visible at the top side. 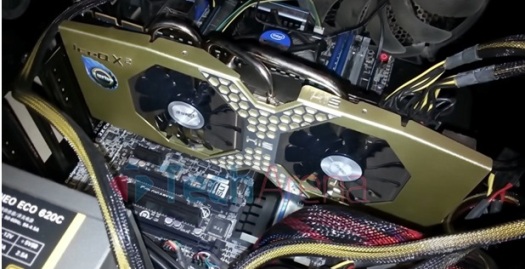 Placement: The card needs to place properly on PCI 3.0 port. On older one it can bottleneck. If you have cable issue, then try to tie them together properly.

iTurbo:
HIS Radeon R9 280X iPower IceQ X2 Turbo Boost comes packed with iTurbo software. This tool offers you few functions through which you can boost the gaming output. First of all the tool gives you detailed information on the graphics card. Like how much is the total ram, the interface, shaders, etc. Also it reflects the temperature of graphics card. This tool also offers you option to boost the gpu clock rate. It is recommended for advance users only. It has three parts. The first screen appears when you click on I. The window gives you details about your graphics card as mentioned above. The other two options are Quieter and Cooler. Depending on the need the gpu automatically manages it settings. If you think while playing game it is making too much sound you can click on Quieter. And if you find the gpu is heating up then click on Cooler. The fan rpm will be boosted. 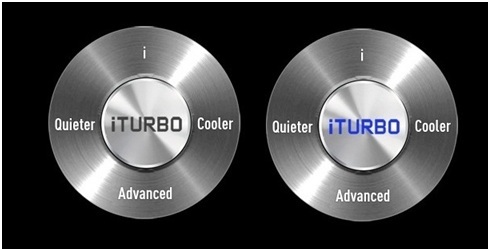 There is an advance button at the bottom which opens up an advance menu from where you can overclock the graphics card. This is not automated. You have to manually boost the Clock MHz here. Quiet is not recommended for beginners. You can apply different settings here and save around 4 profiles, which you can load anytime. You can also click on Reset to restore the graphic cards factory settings. To turn on just click on the Turbo button in center. It will turn to blue. 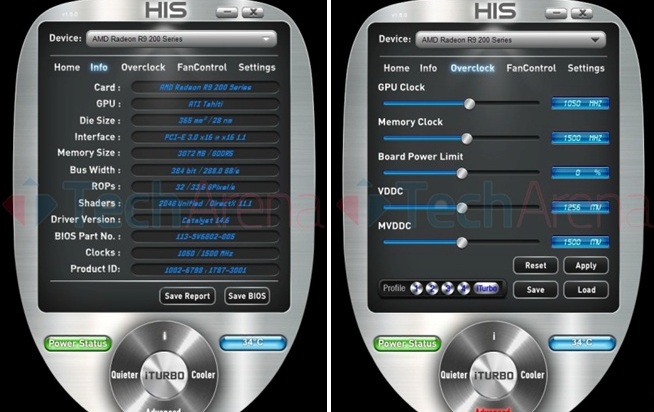 GPU Technology:
HIS Radeon R9 280X iPower IceQ X2 Turbo Boost is powered by 2nd Generation AMD GCN Architecture. This one is designed to offer great graphic output and is ideal for future gaming. That means it will not fade out fast from the market. Through this the gpu is able to take maximum benefit from the internal hardware to deliver great performance. Games work very well on this. Also the architecture lets the gpu to work with various hardware combinations. There is a less chance of bottleneck if you are having a good custom build. The card runs all high-end games smoothly. You won’t face any lagging or freezing issue on the same. It is right to say that HIS Radeon R9 280X iPower IceQ X2 Turbo Boost has power more than a console graphic. You can hook up to 3 big size monitor via dvi or hdmi cable. You don’t really need to use any Display Port here which is a must in other gpu. To use multiple displays it is very important that you are applying identical monitors. It will not work with different size or resolution. 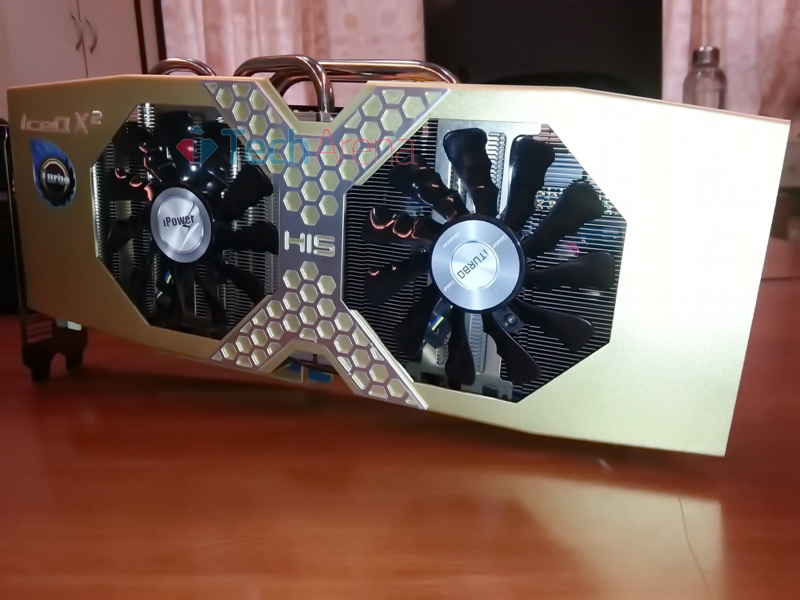 Performance Test:
HIS Radeon R9 280X iPower IceQ X2 Turbo Boost falls in the high-end model. Here the Radeon R9 280X based graphics chip codenamed Tahiti is used. Engraved 28nm HIS Radeon R9 280X iPower IceQ X2 boards 2048 computer units designed to deliver you great graphics and stunning 3D visuals. To meet the memory requirements of future PC games such as Battlefield 4, the gpu is equipped with 3GB of high speed GDDR5 memory. With performances displayed above the 7970, this Radeon 280X R9 is very interesting due to its very content and price range. The new generation Radeon R9 & R7 are now compatible with DirectX 11.2. Due to which you can integrate them directly into Windows 8.1. The power consumption was also slightly down on this new range.  AMD HD3D technology allows you to have stunning 3D visual on your 3D-compatible monitor. HIS Radeon R9 280X iPower IceQ X2 Turbo Boost is capable of giving you max 4096 by 2160 pixels resolution. I had used a few benchmarking tools below which can provide you optimum output on the gpu performance.

Conclusion:
Due to advanced hardware, HIS Radeon R9 280X iPower IceQ X2 Turbo Boost meets the requirements of professional gamer. It comes with all types of connectivity option that is requires to hook multiple monitors and get max HD resolution. 3GB of GDDR5 memory is more than enough for any high end game to run flawlessly. You have to take care about the psu requirement. Because that matters a lot here. Without appropriate power you can’t take maximum benefit. HIS Radeon R9 280X iPower IceQ X2 Turbo Boost has a very efficient cooling system. And above all it is very quiet when you are using it. The impressive cooling design is able to keep the gpu at low temperature even when you are playing game for hours. Being a high end gpu it fulfills the entire requirement for an extreme gaming pc and also justifies the cost. Auto-overclocking feature add more benefit for those who need extended output.