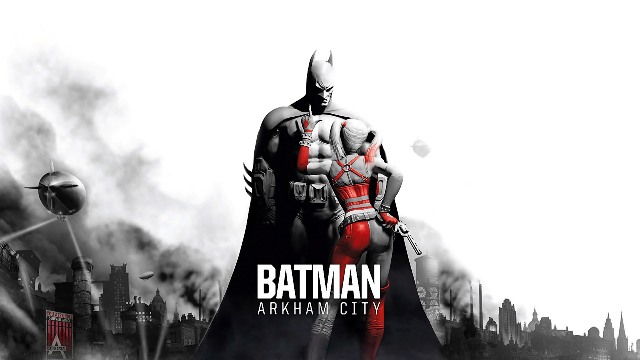 Now, it’s time for Arkham City almost exactly a year after Batman: Arkham Asylum, that was indisputably the most pleasant surprise of 2009, as though it was highly anticipated and first impressions of all the means that could be aimed at dealing with a great game, came from the hand of a British study had at that time under Urban Chaos, and experience in games based on comic book licenses did not bode well, but once the final outcome in the hands not only lived expectations but far exceeded that, being rated outstanding everywhere in the press and getting a warm reception by most gamers.

Soon you’ll be fond of the famous cartoon character that was tough to get caught. Hopelessly in this title as assumed by its detractors do not invent anything fresh to the genre of action adventure, which is totally true, but mixed all the elements beautifully and everything is working perfectly, with an outstanding technical section, a great atmosphere and above all, with the charismatic character and its great enemies led by the charismatic Joker. It won the title in its own right to better Batman game, which is precisely not one of the majority ill-treated cartoon characters as the odd title was worth in the history, and the best superhero game based on one, inquisitively shared honors with the release a year earlier than the excellent The Dark Knight.

After selling 3.5 million copies, the sequel is announced few months ago along with a short trailer that served to make us eager and suggest that the action of the game was to jump the walls of the psychiatric hospital to spend Arkham Asylum criminals on the streets of the city. Until a month ago was not known the title of the game, Batman: Arkham City, who came to confirm the doubts of all the action that will pass through the city, specifically in a part of Gotham City who has been deserted to their fate and is now used as the new home of all the criminals of Gotham, both the sane and those who are not so, for what promises to be quite a bomb.

The actions in this sequel occurs after a year or so of the first installment, with Quincy Sharp as mayor of Gotham, a position he achieved through credit for resolving the clash experienced in Arkham Asylum. The biggest star of Arkham City is precisely the city itself. If the first part of a closed environment was chosen as the asylum of Arkham to avoid falling into the boredom that might result in a town of this size, for Rocksteady sequel has been released from the corset and your hair completely loose. What we do in Arkham City is to create a place with the same attention to detail that we are on the island of Arkham and has some history around every corner. We would not be in large place; we want somewhat that has a real wealth within. We need to create the largest and richest city that has been done before in a video game.

Story is somewhat like, unable to put all hostages in the existing prisons in Gotham, Mayor Quincy makes a decision to transform the slums of the city in an enclosed area where criminals travel freely and can do whatsoever they wish for, provided they do not treat escape, because if they choose to be executed, a task which will a group of mercenaries hired by the mayor. This place called Arkham City will be divided into a variety of ghettos conquered by criminal groups which may give a lot of game, in fact it is confirmed that there will be more than a few side missions in this regard.

The truth is that it really interesting to see Batman moving in open after the brilliant experience that led to Arkham Asylum in radically opposite. The goal is multiplied exponentially, along with the size of the city and the playable area. The city lies before our feet, and it seems we can move through it with very respectable levels of freedom. At the time of moving back to enjoy the same methods as in the original game, with our wings to plan and our hook to reach high positions as major allies.

The new scenario where the adventure elapse is said to be 5 times larger than it was seen in Arkham Asylum, which was not exactly small and had many nooks to explore, but that where lapse of the game. Anyways, that does not mean that the game will to turn into a GTA-style sandbox or anything, because if the formula worked so well the first one to be replaced. If something Arkham Asylum is characterized by, it is the care with which it was done and the attention to detail, so Rocksteady has said they have had to expand its creative team in proportion to the new situation with a team of five times larger than that was in previous game.

A party that wants to get better and improve research is on stage, as it was one of the details that led to more pleasure in love and squeeze. Complete game offers very interesting side quests, but this aspect of the game development of the main story did not have much weight, which is intended to force us to warm the head with mysteries more and more difficult and complex criminal investigations to further progress, for which we will have new gadgets in our detective work. The art director of this series, David Hego also said that he was astounded after knowing that some players had completed Arkham Asylum constantly playing detective with the vision of X-ray type, so this time they have decided to mitigate this effect.

In Batman: Arkham City , right from the start we have to attain some of the devices over the first adventure as the explosive gel or claw, that will help us during fights, for example using the gel on our enemies to exploit. The battle is one of the main divided estimation generated in Arkham Asylum, some people like and finds funny, others not so much sin of being too simple automated. Rocksteady is spotting enough on this feature to advance, resulting in more fluid and natural by adding several novel animations. For example, the one of the new power to respond to 2 attacks at once is an improved ability to plan because we can change the speed in mid-flight.

The villains of Arkham Asylum were one of the keys to the success of that episode. Why not, all self-respecting superhero must have some enemy to their height, and must be documented that in the Batman comics, it is one that is better choice. As we saw in the preview trailer is repeated in the Joker and his assistant then Harley Quinn, as will Enigma that gave us such a good time in the first game. They join the party Mr. Freeze, Two-sided, Zsasz, Calendar Man, daughter Talia Ghul, and many others that are not yet announced officially. In addition, the streets of Arkham City will be much more peopled with villains that stay Asylum, having thugs to serve the various villains, others work on their own and the mercenaries who are in charge of putting some order in place. Hence, the action is guaranteed.

We are also gonna have some assist to battle against such a roster of opponents. Mainly, one of our supreme associates is the butler Alfred who provides us with radio support. This time, we also have the facility to listen to other stations such as police, the local station city and even managed, perhaps through a mini-game, intercepting emissions from our enemies. In addition, Catwoman will also help us with whom we will experience a love-hate relationship from the past, history that promises to give enough play in the argument and being the result of more than a few speculations as it is rumored that the game could have a cooperative mode.

However the multiplayer mode is confirmed but it is yet not confirmed that it will be competitive, cooperative, or both. But one thing is sure, any of them could be great fun, think of battles in which each can depict characters like Batman, Joker, Mr. Freeze or Two sides can be very funny, and so can be a crime-fighting side by side with Catwoman.

Batman: Arkham City is one of the most anticipated games for this year, scheduled for fall 2011. There are many images, videos and commercials out ahead, but what we want is to have the game in the hands, a lot of stress and responsibility to Rocksteady and the expectations are very high, but we did not vacillate a single second they get to carry on the work. We should also note that with their first game on Batman, they showed respect and affection for the character, so they have earned our admiration and enough trust for Batman: Arkham City, that it will meet our expectations.